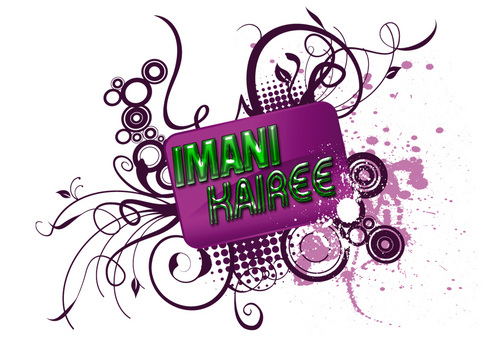 With Black and White there is always a grey area, enter Imani Kairee.Young, female and talented this songwriter/performer is that middle line. Her Black and White colored hair is symbolic of that. Stating that “she is not perfect, knowing that people have good ways as well as flaws and sometimes fall short.” Her lyrics reflects the ups and downs of real life but done discreetly in her delivery. Having risen from the music ranks through performing in the indie music circuit in CT, (yes Connecticut )for years. Imani Kairee has earned her stripes as well as becoming a driving force there. Performing in all types of events none to big or to small, Imani loves to perform for every one. Her music being the kind your grandma could listen to if she was a cool one. Imani’s music crosses over all kinds of lines musically; she creates what she calls Imani Kairee music. Her recipe, a rap/hip hop base, flavored with electronica, pop, dance and venturing in to hipstep (a music form perfected by her father ( T Frequency) of zulu nation. Imani is able to take you through a musical journey where there are no limits or set genre’s. . The style is very marketable throughout America as well as the UK"! Referring to the infamous "4 On the Floor" drum grooves Imani Kairee incorporates into her music.

“At first it was difficult getting the guys to accept what I was doing but I earned their respect”. Says this small voiced mc who has a not so small one on the mic. At 14 years old she made the DJ’s rounds, shows and got to know the show promoters and let them know she was here to stay. Not saying it is not difficult still.” You always have those trying to pull the rug from under you or discredit you, but God has me covered”. Imani Kairee had refused to let people know who her father was until now, she wanted to earn her career and knows that all the money and people in the world you know cannot bring you satisfaction if you do not work for what you want. “My mother taught me that.”

Also doing a stint for a few months at 15 , on a local CT radio show as a co-host , she interviewed Jive recording artist’s such as Chris Brown, also (Rapper) Dirt Bag, and Rasheeda, who appears on The Beauty Shop movie soundtrack. Rasheeda as well as gave her advice on how to pursue her musical career. She took the advice these successful artists gave and ran with it. "I will never quit!

Having once snatched up an indie deal with the world renowned Jazz drummer, Thelonius Monk on his Thelonius Records label, releasing a hip/pop song called “Only One”. But timing is everything and the now defunct agreement proved not to be the time. Imani says “Monk was a great positive influence in my career. He spent his personal time with me when he could’ve been performing somewhere else.”

Imani Kairee is on her quest to the next of her career. Connecticut‘s young rising music stars are evolving and the masses are finally opening their eyes and ears. CT has signed off on this gifted young lady who is loved by all colors and ages.

In the sum of things, she is talented, dedicated, and motivated to succeed in this business and nothing is going to stop her. Her Swahili name translates into the American word "Faith" and she wears it well!!! 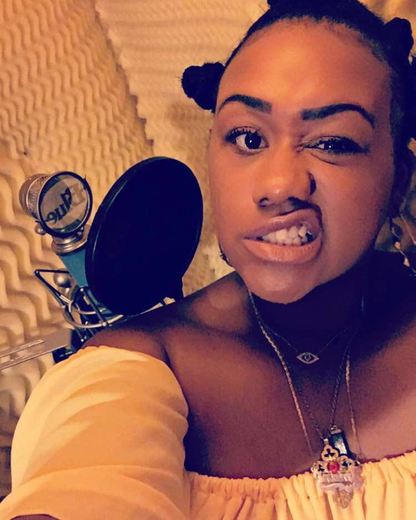