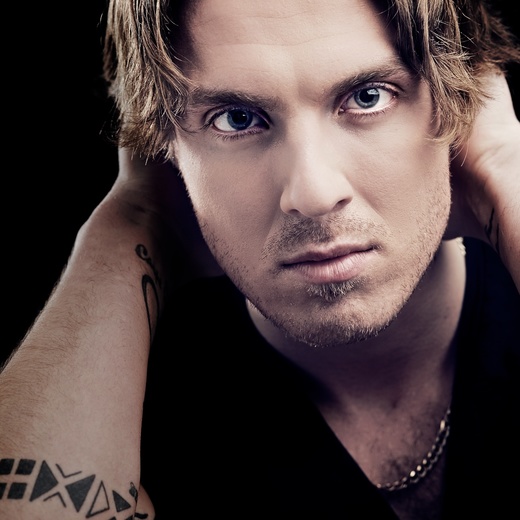 “When the going gets tough......just get tougher.” That's the attitude that has helped Jason Petric achieve everything he has in his young career. In a short period of time, this 23 year-old singer songwriter from Winnipeg, Manitoba has developed a reputation as a solid musician and artist in the music scene. His fresh sound and good looks are an asset, but it's his die hard work ethic that has gained him traction. Jason released his self-titled debut EP in 2011, and his song “You're So Beautiful,” accompanied by a video, gained the attention of radio stations in Manitoba and neighbouring provinces. This led to Jason working with award winning producer, manager, and songwriter Chris Burke-Gaffney. His song “Sunny Days” will be released to Canadian Country Radio March 11, 2013. Followed by the release of his second album "Tease" on May 3rd. While writing and recording, along with trips to Nashville, in preparation for his second album, Jason has been busy performing. Past performances include opening act for DOC WALKER at Steinbach's Summer In The City, opening for Keith and Renee as well as Jerry Sereda at the Lockport Dam Family Festival, sold out shows at The Boot Tavern and The Royal George, as well as a number of shows at various venues in and around Winnipeg. Jason has also had the honour of performing acoustically alongside Hit Writers in Nashville at The Listening Room Cafe, The Commodore Grill, and at Gary Hannan's Beer For Breakfast. In February 2013, Jason was showcased at the Douglas Corner Cafe. A famous Nashville location used to launch the careers of Garth Brooks, Jason Aldean, and many others. Showing no signs of slowing down, having gained the attention of  people in an industry where “The DREAM vs The DRIVE” sets people apart, Jason, referred to as one of the hardest working artists, is well on his way!

“Jason continues to surprise me with his songwriting skills. He's gifted and dedicated, and for me that's a winning combination.”  Chris Burke-Gaffney - producer, manager, songwriter, CBG Artist Development

“Manitoba's Jason Petric is an up and coming artist who definitely shows promise and should have a future in the business and lengthy career.”  Bruce Leperre - Program/Music Director, 730 CKDM Dauphin, MB

“This kid knows how to entertain! From his originals to his covers, all eyes are on him and leaves them wanting more!”  Conrad Seniuk – owner, The Boot Tavern, East Selkirk, MB

“Right now Jason is offering a fresh popular sound. He is great to work with! Jason is ready for the big league he just needs his big break.”  Michaela Senkiw – Performing Arts Coordinator, Summer In The City, Steinbach, MB

"An artist that not only strives to write better songs and give his all performing on stage, but also to understand the business behind the songs.”  Chris Ising – President, Manitoba Country Music Association

“One of the most promising artists I have seen is Jason Petric. This young talented man shows all the prospects of a major artist. He has that magic spark in writing, being able to formulate songs that push all the right buttons from the listening public. His stage style is first rate, engaging and magnetic. Once you see Jason, even for a short bit, you remember him. And that is the top thing about him.....MEMORABILITY. This guy has IT!” Marc-Alan Barnette - Music Consultant and singer/songwriter, Nashville, TN

“Jason Petric is one artist who truly cares about his audience having a good time. Every time he performs, he fills the room and delivers!”  Greg Pestor – owner, The Royal George, Winnipeg, MB