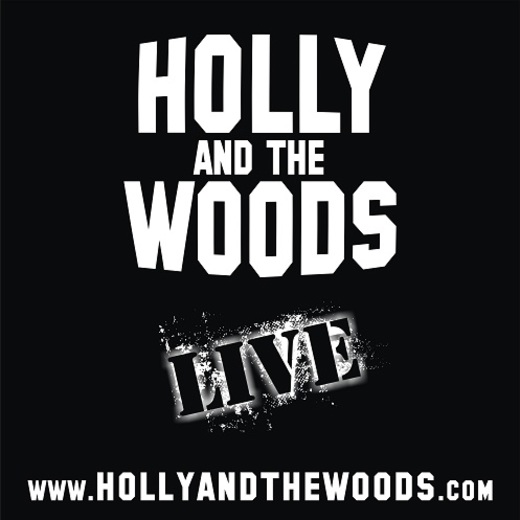 Holly And The Woods

About Holly And The Woods

Ferocious songs with killer hooks and lyrics that swiftly snag you in all the right places is the defining feature of the debut album from South African five-piece Holly and The Woods, when it was released on 08-08-08

Titled ‘So I Rage’ the album was anticipated for some time by the group’s growing fanbase who’d been tracking the group’s trajectory up the homegrown rock scene over the past few years. It also marked the entrance into the South African record scene of a polished, powerful hard rock group whose songs and execution could sit happily alongside the best global releases in its genre

“We’ve worked long and hard for this moment, and wanted our first album to really be something that we are proud of,” vocalist and co-songwriter, Melissa Conradie revealed. Working towards that had entailed some serious time in rehearsal, a single-minded approach to the craft of songwriting, as much live work as they can get - and Matthew Fink

“The instant I heard what Matt had done on The Sick Leaves album I knew that he would be the right producer for our band,” Conradie says. Initially the band recorded ‘Falling’ at B Sharp Studios in Gauteng some 5 years ago, but swiftly realised that they were not yet equipped to sit in the producer’s seat

“That time may come,” Conradie says (giving a hint at the big – and longterm plans – she and the band have for Holly and The Woods), “but we are really chuffed with what Matt has done with our sound. He’s done an amazing job.

That job has entailed allowing the propulsive forces that shape Holly and The Woods’ sonic terrain to stand alone, without (and this is important) taking over the songs. A great example of this is ‘Lay Me Down’ which thrusts John Meaker’s lead guitar centre-stage in a way that spotlights his clear talent while at the same time giving space to the rhythm guitar played by Holly and The Wood’s co-founding member, Craig Henning

Indeed it was Conradie’s advert as a vocalist looking for a band on a local music website the saw the formation of Holly and The Woods (whose play-on-words band name is indicative of the jaundiced view Conradie and Henning have of contrived and manufactured entertainers). That was back in 2006, when Gary Ashford also joined the band on Bass Guitar, but it was to be just over 4 years ago (May 2007 to be specific) that the final line-up of the band was settled on. “At one stage we had three guitarists – it was admittedly a bit over-the-top,” Henning says.

Joining the band in 2007 was Chad Harbott (a teenage firebrand) on drums, and Holly and The Woods spent most of 2007 & 2008 notching up an impressive slate of live performances, bringing their sprawling and no-holds-barred rock to stages alongside the likes of Sarah Bettens (from K’s Choice), Prime Circle, Wonderboom, Hellphones, Karma, Love Jones, Cassette, Veeva Feeva (Australian band), My Epic, Walt, Running With Scissors, Lonehill Estate, Voodoo Child and The Sick-Leaves. They also snagged a highly coveted support slot with Seether’s Shaun Morgan late in 2007, an undisputed highlight of their live career thus far.

Followers of the band from those first days were happy to know that the album included ‘Save Me’, the song that broke Holly and The Woods both live and on radio

The song is possibly the best place to start for Holly and The Wood’s coruscating but hugely accessible sound. It begins with the kind of crunching guitarwork that demands you listen before Conradie’s powerful vocals take centre-stage, managing to channel the spirit of Skunk Anansie’s Skin while delivering a signature sound.

But there are plenty of other places to get your rock rocks off on ‘So I Rage’: the solar plexus-smashing ‘Get Out’, with its astutely placed backing vocals, is hard to resist and impossible to ignore – and just when you think you’ve pinned Conradie and her crew down as hard rockers who don’t let up the pace for an instant comes the lovely ‘So I Rage Gently’, a piano-propelled version of the album’s anthemic title track and a cut that is more than a hint at the versatility Holly and The Woods is capable of

‘Falling’ - the single that went Top 10 on Kovsie Fm and had been play-listed on stations such as Radio 2000, Tuks FM, MFM, UJ FM and UCT FM – revealed yet another side to the five-piece: a slice of radio friendly rock, ‘Falling’ nonetheless allowed Holly and The Woods’ trademark sound to leak through the melodic thrust of this standout track (it’s also the song that inspired the quite beautiful tattoo on Conradie’s arm).

“Not Like Me” and “Save Me” we’re both #1 hit singles on Highveld’s Homebrew chart and also dominated the Radio charts of stations such as Ofm, Tuks FM, Kovsie FM, PUK Fm and MFm, to name a few

Alongside these standout tracks, there is much more to love on ‘So I Rage’ including the anthemic ‘Free’, and the evocative ‘Wandering Souls’.

That they had a fanbase waiting for their first album was something of a surprise to Holly and The Woods. Not that they didn’t believe in their material or the way it had turned out under Fink’s intuitive hand. “It’s because we began playing in this band because we wanted to create music that we love,” Conradie says, “and then we played the songs live and realised that people were really connecting with what we were doing in a very deep way.”

For Conradie – who has earned a reputation as a devoted label manager in the South African music industry over the past eleven years – this has been a revelation. For Holly and The Woods fans both new and loyal, it’s what makes this band far, far much more than the disposable come-and-go celebrities that inspired their name

2009 saw them become the newest CRIME LINE ambassadors, shoot a music video for “Dumb (Superstar)”, touring cape town, sharing the stage with international rockers THE ATARIS, John leaving the band and Michael Duke joining as the new lead guitarist, performing at Vrede Fest alongside aKING and Heuwels Fantasties, releasing “Lay Me (Down)” as a single in September and playing some impressive shows towards the end of the year

2010 brought saw the band perform at THORNFEST and SPLASHY FEN in Feb and April respectively, but sadly in early May 2010 the band decided to end things

It took a mere 6 months for members Melissa Conradie, Craig Henning and Gary Ashford to realise that they couldn’t let a band such as HOLLY & THE WOODS go! Sadly Chad Harbott could not rejoin on drums having landed an amazing opportunity doing the Barnyard theatre show and Michael Duke joined a new band

It didn’t take too long and by January 2011 the HOLLY & THE WOODS line-up was completed and Lee-Jaime Havenga took over on drums and Darren Drawbridge joined on lead Guitar.

Taking 2011 on with a refreshed energy, there was no keeping Holly & The Woods quiet! The year had seen them being sponsored by Billy’s Music with branded Holly & The Woods guitar straps, packing out venues in Johannesburg, performing with The Graeme Watkins Project, invited by Nescafe for their promotional “3-in-1” product tour in August and September, and crossing the borders to Zimbabwe to perform at Rock Down Harare the beginning of October

They ended 2011 on a High note! It’s been over 3 years since the release of Holly & The Woods’s debut album, “So I Rage”, and a good 2 years since they last released a single to radio, so it’s been a long wait for fans to hear some new recorded material from the band. December 2011 brings more than just a well-deserved holiday and Christmas-time for fans, but also the brand new single from Holly & The Woods, called “Surrender”!

Months were spent redefining the song writing direction and goals for the band, along with the recording process, and it didn’t take much convincing when Ryno Zeelie , guitarist for the Graeme Watkins Project, was top of the list to record with.

After a showcase evening of inviting close friends and fans to pick their new single from 4 brand new songs they had written, “Surrender” came through as the clear favourite

Produced and recorded by Ryno Zeelie at Figure Of 8 Productions studio, “Surrender” was mixed by legendary engineer, Neal Snyman (The Dirty Skirts, Plush, Karen Zoid, The Graeme Watkins Project, etc.) and the final touch added by Rogan from Lapdust, who mastered it

Listening to the lyrics for “Surrender”, it’s quite a departure from the dark lyrics on most of the songs from “So I Rage”

“While working on the new songs, we wanted to move away from the dark theme in ‘So I Rage’ and gather a more feel-good selection of songs without losing our trademark Rock sound”, explains vocalist, Melissa Conradie. “’Surrender’ is written for my ex and as songwriters we usually harp on the heartache of a break-up, but I rather wanted to celebrate how amazing the relationship was. We focus too much on the negative and don’t embrace the positive as we should. ‘Surrender’ is not just about relationships but also how we treat life in general.

The band will continue the recording process in 2012, with more singles to follow after “Surrender” and eventually a new album towards Spring 2012

When Holly & The Woods say they’re back, they mean it!

"Skunk Anansie fans rejoice. Joburg band Holly and the Woods have filled a void many fans feared would never be filled." Speakerbox.co.za

"...Holly and the Woods instantly strike a chord of uniqueness with their exhilarating entrance onto the South African rock scene." iafrica.com