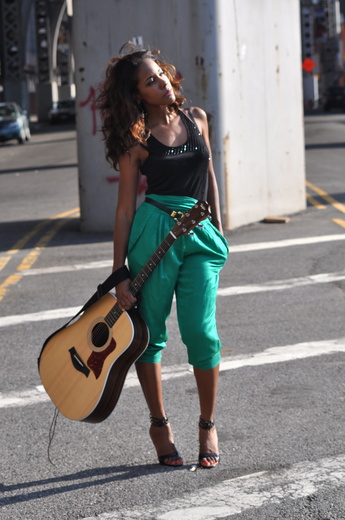 Jurnee is an R&B/Pop singer/songwriter destined to create her mark in the music industry. Born into a musical family, she first honed her skills under the guidance of her parents. She was enrolled at the Dance theater of Harlem at the age of 3, performing at venues, such as the Kennedy Center in Washington D. C. and Manhattan Center. She began playing the violin at the age of 10, wrote her first song at the age of 12, and began recording music soon after. Her mother enrolled her in the Harlem School of the Arts (HSA) choir for 2 years, and Jurnee has been taking her talent to higher levels ever since.

Jurnee is now a part of S.E.S.A.C. She constantly wants to grow as a singer, songwriter, guitar player and entertainer.

She is currently working on her album, and hopes everyone will embrace her new sound.