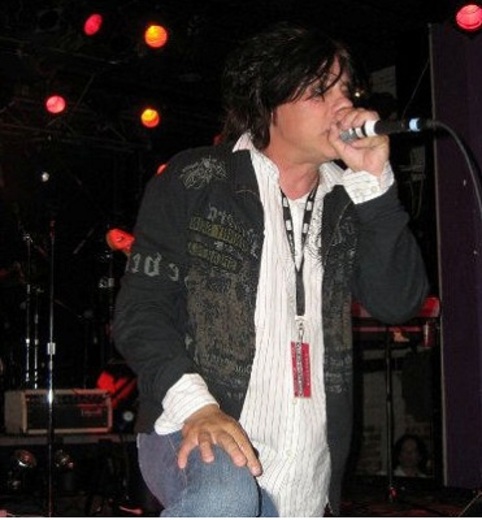 + Johnny is a pop rock singer, songwriter with a flair for writing catchy pop melodies with strong hooks who also possesses an exciting, live stage presence. Johnny had a major label contract with his former band Skin & Bones, produced by Andy Taylor and is now releasing his own music as an independent solo artist. To date, Johnny has five independent CD releases currently in worldwide distribution, enjoying both critical and commercial success.

+ Born in Baltimore, Maryland, by his teenage years, Johnny was front man for the regionally successful pop group, “The Vamps”. They opened for headliners such as Joan Jett and Modern English. Realizing the need to showcase his talent in a larger market, he relocated to New York City, where he formed the rock group, “Skin & Bones”, who in 1990, released their debut album, "Not A Pretty Sight", on Equinox Records, recorded at the legendary Trident Studio in England, and produced by Andy Taylor of Duran Duran fame. It featured a stripped-down, but accomplished brand of pop/rock blended with Johnny's extremely direct vocal style. Media attention brought about record sales that soared all over Europe, especially in Japan and Germany. After relentless touring across the United States, they released their album Madhouse in 1992. Next, Johnny was offered an invitation to Los Angeles to write and sing for television and motion picture soundtracks. These credits include songs written for The Heights, a FOX Network hit in 1993, and major motion pictures, West From North Goes South and Hell High. Throughout this period of success there were unusual twists and turns that led him to Nashville, New England, and ultimately the entire Eastern Seaboard.

+ Some “Highlights” from his time in New England:
1. CAPE COD-2006: Johnny and his back-up band, The Outsiders competed in and won a 5-week "Battle of the Bands" competition and were dubbed "The Cape's Most Dangerous Band 2006".
2. BOSTON-2007 -- Paul McGonagle, Ass't News Director at FOX25 saw Johnny Vance & The Outsiders perform at the British Beer Company in Sandwich and invited them to appear on FOX25 TV WFXT Boston Morning Show on July 4th 2007. A video of their live performance is available online at: www.johnnyvance.com.

+ In July of 2006 Johnny Vance & The Outsiders lent their talents in a fund raiser charity event with their recording of the classic "Don't Be Cruel" (track #17). The CD released on Sedgewick Records, titled:
Cape Cod Covers Vol. I, The King, was produced by David Wood.

+ Given the opportunity, Johnny would tour 365-days a year as a solo artist and, when needed, with his band The Outsiders.

+ Stay Tuned to www.johnnyvance.com for updates !