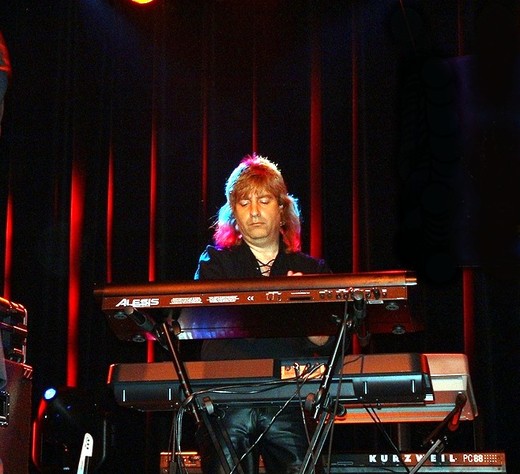 Milo first started playing organ(a Christmas gift) at the tender age of 5. At age 9, he was given a piano and took lessons up until High School where he studied music theory. In College he majored in composition & orchestration. Milo has toured with such mega groups as Cheap Trick, Quite Riot & many others. Over the years he has worked with high profile producers such as Roy Thomas Baker(The Cars) and Chris "Lord" Alge(Bruce Springsteen), just to name a couple. In the 1980's he performed at the legendary Troubadour Rock Club with the LeJump band, another Las Vegas favorite rock group that won 4 consecutive years as Best Rock Band in Las Vegas by the Prestigious Las Vegas Review Journal Poll.