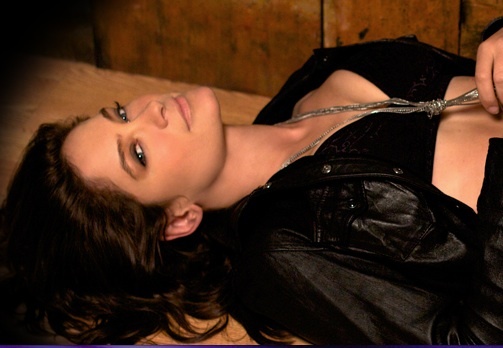 The Deli magazine tells us that "Price sounds like if Ani Difranco was raised by Jay-Z and Beyonce." You might not have heard of her but chances are that although unknown to you, you have already heard her voice. Kirsten Price is a growing army of talent that maintains a very healthy career flying under the radar. Her unique voice has been chosen by companies like Coke, Campbell's & Clinique to ram home their ad campaigns and her music has been picked up by major networks like CBS, Showtime and MTV. She has been called on to open the show for Sly Stone, Wyclef Jean and Natasha Bedingfield, and has been quietly touring 21 US states, the UK, Canada and Italy on her own steam. Now she is blazing new ground with her sophomore album "Brixton To Brooklyn" - a daring self-produced tour de force that seamlessly navigates through the diverse territory of Hip-Hop flavoured dance grooves, heart wrenching ballads and anthemic rock choruses. Unlike her last offering, she penned every track on the new album herself. This self-confessed recluse attributes the consistently solid songwriting on display to "the fact that I trash 99.9% of all the material I write."

After her first album was released, industry bible Billboard Magazine told us that she "should offer triple A radio a new star." Questioning the formats continuing relevance, "Like it or not, the reality is that we are all on the Internet," she says, "People get a thrill from discovering precious things for themselves. Despite all the theatre involved, ultimately music is a highly personal medium and I, for one, resent having anything shoved down my throat."