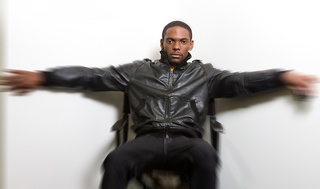 Urban pop singer/songwriter Kjae has a passion for stacking luscious harmonies under a great melody created for lyrics that make you feel... anything, any kind of connection. Want to take a musical journey? Do you know how a feeling sounds or how the sound of that feeling can make you feel? Kjae, known for his impeccable blend of harmonies lends his unique style of vocals to create his signature sound.

Kjae first grabbed the attention of Myspace with the S1 hit single, "I Found My Girl on Myspace" which earned the group not one but two features on the Myspace music page. His remake of New Edition's "Can You Stand the Rain" garnered serious college radio airplay. Kjae has done the work and the proved it when his group, S1 was selected to compete on MTV's Top Pop Group in the fall of 2008'.

Kjae puts it down on stage and knows how to grab his audience. His music is not the typical vibe you'd hear from an artist of this nature. Described as Urban Hip Pop, Kjae music MJ meets Justin Timberlake sprinkled with a little Usher and some Seal on the side. Kjae says “I just go in to make music and I never know just what the result will be, but I don’t tailor my music to fit anyone’s idea of what it should be, or it won’t be authentic. It just has to come out, and whatever happens, happens.”