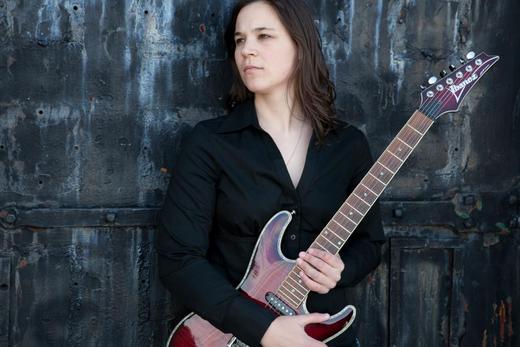 As a childhood cancer survivor, Lauren Bateman knows the importance of living in the moment. That is why at the age of 27, Lauren quit her job as a research scientist to pursue a career in music. Her most recent release, Here I Am, shows that she made the right decision. “Every time I listen to this album, I hear how far I have come and I am so proud of how much I have grown as an artist over the last couple of years. It’s truly inspiring.”

Recorded at Shrewnshank and 6AVMedia, Here I Am shows the more rocking side of Lauren Bateman. Drawing from influences like Melissa Etheridge, Pat Benatar, Sheryl Crow and Brandi Carlile, Lauren blends her singer/songwriter roots with edgy guitar riffs and a big drum sound to direct the emotional flow of her new release. The soft then hard Rose Full Of Thorns explores the passions of love that have gone sour, while the spirited title track, Here I Am, is a dedication to all those sitting around waiting for love to come knocking at their doors. Falling Away from you has a trance like feel that slowly builds into its climactic finale, and then releases itself into emptiness.

Some of the more rock oriented songs like Pieces of You, Unsung Hero, and Release Me feature crafty guitar work by Paul Tauterouff and touching violin by Pete Hartley. Release Me starts with lamenting violin that meets haunting vocal harmonies in the chorus and then explodes into a rock symphony. The drum heavy Unsung Hero is a tribute to soldiers that fight far away without recognition and showcases some of the amazing lead guitar work on the album. The upbeat and poppy Coffee Song, caps of the album with a surf inspired feel asking you “Why don’t you smell the coffee? I’m wide awake and you know I’m ready.”

Lauren had her first show in the penthouse of club Felt in Boston in December of 2006. Despite the cold weather, fans came from all around the Boston area so see Lauren’s solo debut. Equipped with only her acoustic guitar and a small PA, Lauren captivated her audience through the raw emotional honesty of her lyrics.

Here first album, I’ve Been Waiting, received recognition by being included on the Many Roads From Home compilation CD as well as winning the Songs Your Mother Should Hear contest. She was a feature artist on Alternative Addiction in June 2010, and her song Guardian Angel was used in a pilot episode for the series Biker Chicz. Lauren already has had success with her second album winning the Tom Hess Music And Guitar Playing Contest with her song One More Time.

Now backed by a full band including band members Kevin Pineau on lead electric guitar, Felix Zapata on Bass, and Jim Treacy on drums, and Toby Leith on violin, Lauren’s live sound has evolved into a full pop/rock experience. “The band and I are just going to keep on getting better and making our live performance even more amazing. Every time I get on stage, whether it’s in front of twenty people or a thousand, I feel like I have found my way home. There is no stopping me now.”