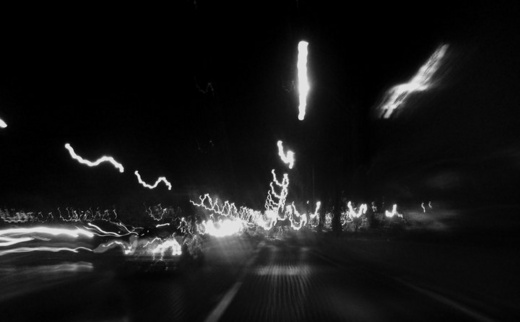 Stephanie: It is utterly impossible to narrow down Stephanie's influences on to a single page. Bono? Neil Diamond? Prince? Michael Jackson?!! We don't know. All that we do know is that she is a musical oddity. Something inside her mind does not work like the rest of us. She is a sonic sponge constantly absorbing the steady stream of fluctuating intervals of high pressure and low pressure. It is said that she can decipher the melody of barometric pressure changing from day to day. (She later composed a song inspired by this phenomenon, aptly named "Barometric pressure") She can sing entire jingles from obscure commercials 10, 15, 20 years old! Researchers have studied her mind and have concluded that is very similar to the Matrix. A wonderland of data, logic and randomness contained within a fleshy boney mass of synapses covered by hair. Scientist also fear that this once in a generation vocal genius may one day implode under the enormous stress of ever increasing data and information processing and than blow up like a giant supernova scattering its debris throughout the universe!!! So when you ask influences, you really have no idea what you are talking about. We have yet to fully understands what influences her. Perhaps it is we who are under the influence....

Cliff Cool our sometimes drummer is an amazing intersection of time and space filled with groove and rythm. Cliff played on the tracks "He Is There" and "Who Knew?". I heard some of his hobbies are watching rap, RnB and hip hop videos so that he may absorb all the newest dance moves.