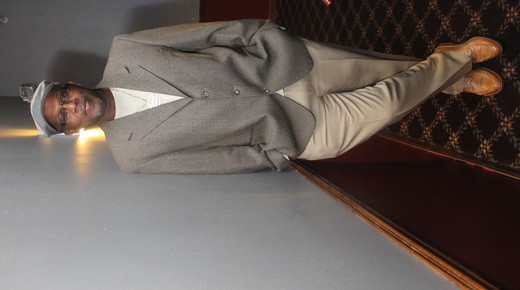 Soul from the Past, Style from da Futur

BROWN/&gt
Stopping for no critics, BROWN comes into da r n b game with a fresh look, different swagger, and a lyrical style that is sure to be called the missing link in the rnb world

SAM BROWN aka BROWN born and raised in ST LOUIS MO commends his style of old school with a mixture of the new for being his force of his talent. BROWN started to embrace his talent and skills by poetry writing at the age of 14 years old. His inspiration soared from the legendary AL GREEN and his song entitled “BECAUSE OF YOU.” By high school, BROWN began singing in classrooms and in the cafeteria for his audience to get a taste of his lyrical talent

This artist brings forth soulful feel good rnb music to da game, and has the intent to show his perception of what is good music with a meaning. BROWN style is unique, and has grasp of a soul from the past combined with the present and the future

BROWN is currently signed to the inde label Maxima Records that is based out of Houston, Texas. He is anticipating and waiting for the shock that his music is sure to bring to the r n b game as it stands today