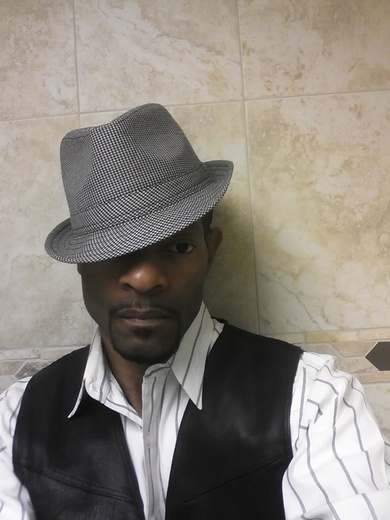 Lk.4:18-19 The spirit of the Lord is upon me, for he has appointed me to preach Good News to the poor. He has sent me to proclaim that the captives will be released, that the blind will see, that the downtrodden will be freed from their oppressors,and that the time of the Lord's favor has come
This entire CD or collection of songs have been inspired by God through the Holy Spirit.
In the book of Isa.55:11 God said that his word shall not return unto him void but it shall accomplish that which he please,and it shall prosper where to he sends it.
Michael is an ordained minister whose commission is to go around the world Teaching,Preaching,and Singing
Songs of Praise and Worship to believer's as well as non believer's
Destroying yokes, Breaking burden's while Setting the Captives Free in the name of Jesus.
Testimony : Michael grew up in New Jersey along the Jersey Shore.
In the 90's he became a part of the
Jersey Shore music scene. Michael was
a member of an R&B band known as
The Trojan Horse led by New Jersey's
own house music legend Romanthony.
The Trojan Horse played before sold out crowds at the Stone Pony,
Fast Lanes and the Paramount.These
venues were made famous by other
New Jersey greats such as Bruce Springsteen and Jon Bon Jovi.
In 98 Michael left the Trojan Horse and started his solo career. He has
toured several cities in Germany
( Frankfort,Neuenberg and Neusadat Ander Aisch ).
In 2000 Michael gave his life to Christ and has since changed his writing and recording priorities.
I thank God for where he has brought
me from as I embrace the future to
where he is leading me to.
Michaelangelo has just launched
S.A.S. Productions which is
Saved Anointed Souls Prd.
Ps: Keep a look out for the Cd release celebration in the fall of
2010. Thanks 4 your support :-)