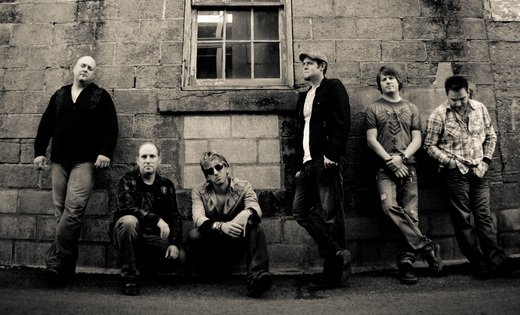 About North Of Mason-Dixon (NOMaD)

North Of Mason Dixon, aka NOMaD, made a tremendous splash on the regional country scene in late 2004 after placing third in a highly publicized, country showdown competition; Since then, this steadily climbing, beyond high energy act has garnered a great deal of success and shows no signs of slowing down.

Opening for national acts like Brooks and Dunn, Toby Keith, and Rascal Flatts (to name a few), being solicited by several tourists destinations such as Ocean City, MD and the Poconos, having performed as a featured artist at some of the areas biggest events and venues (Dollar Bank Jamboree, Post Gazette Pavilion, and the Pepsi-Cola Roadhouse), and performing for such organizations as the Pittsburgh Steelers and the Pittsburgh Penguins, this Pittsburgh based band delivers a refreshing and unique sound they call "Hard Rockin' Modern Country" that defies any other description.

After independently releasing their debut CD "Born and Raised" and having charted nationally with their first two singles (#78 and #82 respectively), NOMaD has been featured and performed on nationally syndicated radio shows and continues to receive local and regional airplay. This innovative band combines infectious lyrics and melodies with the energy, passion, and ambition that promise to carry them far beyond the Mason-Dixon line and solidify them a spot in the music industry of the future.