About PRA-DUCT a.k.a. El Producto Supremo

PRA-DUCT A.K.A. EL Producto Supremo is a Hip Hop, Reggae, Reggaeton and R&B artist. He is also a Producer / Writer / Composer and Recording Engineer. This One man band was Born and raised in the Brownsville section of Brooklyn NY, Pra-duct got his love for music from his father, who was a talented electric and bass guitar player in the early 60's. At the age of 8 Pra-duct's love for music grew from being exposed to all types of music including Hip hop, Salsa, Reggae, R&B, The Blues and Jazz. Pra-duct's family knew of his love for music, especially his sister, who introduced her brother to the sound of Hip Hop and Reggae. At the age of 12 Pra-duct's love for music grew with each song he heard. His love for it grew so much that he begin to write his own songs. Pra-duct was so determined to do everything on his own including, writing the lyrics and making the music to go with it, that at the age of 14, he took up an after school music program to learn how to play the piano. Unfortunately, after just 6 months, the program was cancelled. Pra-duct did not let that stop him however. In his spare time after school, he would come home and practice what he learned. He did this so much that soon thereafter, Pra-duct started to play songs by ear. As Pra-duct got older his music and his lyrics got better and more mature. At the age of 18 Pra-duct had written over 120 songs and produced every single one of them. His influences came from various artists, namely Michael Jackson, Don Omar, Hector El Father, The Notorious B.I.G, Redman, and the Wu-Tang Clan just to name a few. Listening to these artists allowed Pra-duct to create his own style of music. Now, in the present time Pra-duct has taken his music to a whole other level, now creating all types of music ranging from not only Hip Hop but R&B, to Pop, to House, to Salsa, even Rock, making PRA-DUCT a.k.a. El Producto Supremo, Versatile! 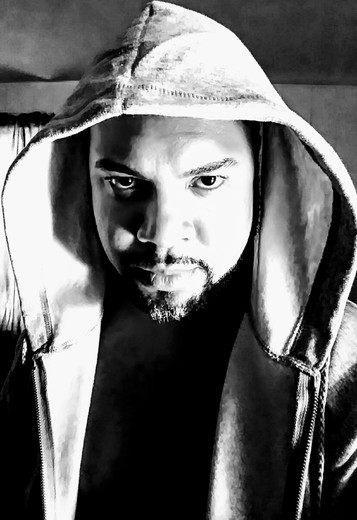