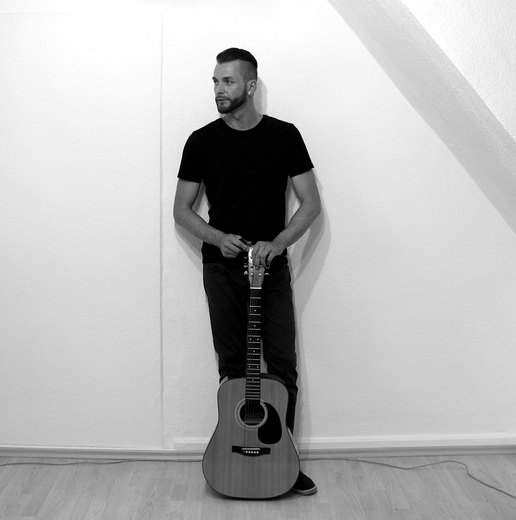 Christopher Scott Beckett "PrinceSoul" born May 18, 1988 at the US Hospital Mariann Hill in Wuerzburg, Bavaria, Germany. At six months old he, his father (American of descent), mother (German/Hungarian of descent) and his older sister moved to Ripley West Virginia, Usa, where they lived for approximately two years. In 1991, they have decided to move back to Bavaria/Germany, where they still live today but with thoughts about going back to the states to pursue a better life.

PrinceSoul started singing since he was six years old. With no help to compose or create, he taught himself how to play the piano, keyboard, acoustic and electric guitar. His slogan:"learning by doing".

PrinceSoul is a singer with the style of music for Soul, Rap and R&B. He produce his music, writes his songs and create his own tunes and beats on his own, which makes him a professional and excellent musicproducer and songwriter. Some of his sensational work he has done, proves his professionalism and how effective he can be in the style of music genre mentioned above. All in One, a marvelous package of high quality which is nowadays both lacking.

Everything he has done and still doing, is acquired and created by himself. His poetical and artistically self written lyrics, report us about his real life emotions, positive and negative experiences, love, hate, luck, disaster, wishes, adventures and unforgettable moments. PrinceSoul has a important duty to accomplish he says. He wants to showcase his music all over the world to expose who he really is. Showing people worldwide the sound of his music and what it really means.

Today the single singer lives in a small town called Kitzingen in Bavaria/Germany. Now he is twenty years old and is destine for someone who helps him to bring his music out in the world for everyone to hear. The greatest thing he wants to achieve in his life right now which is also his biggest dream, is a record contract with a record label.

Particular interest please notify under the following e-mail adress: Prince-Soul@hotmail.com
With gratitude, thank you and i hope to hear from you soon.