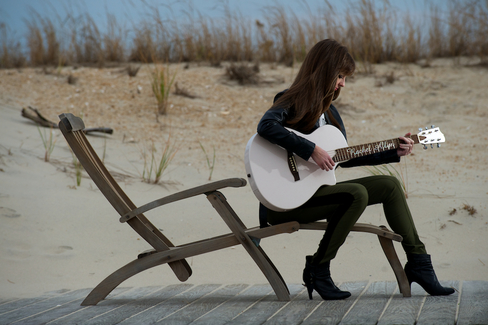 Rachel Allyn started singing country songs in New Jersey bars at the age of ten. When she asked for lullabies before bed as a small child, her dad would sing Beatles tunes. She learned every Faith Hill song she could get her hands on, danced to “Been Caught Stealing” by Jane’s Addiction, and contemplated the lyrics to “A Horse with No Name,” all before she hit middle school. Thus was Rachel Allyn’s musical upbringing. In a home bereft of musicians but brimming with musical appreciation, Rachel was free to listen, create, and grow as a young singer and writer.

Her parents say Rachel “wrote” her first song, “Red Flower,” as a preschooler. No evidence exists, however, as she refused to ever sing it on home video. In the fourth grade, she began writing songs using the titles of old standards she found in a lyric book her grandpa kept in a living room drawer. Learning by imitation, she continued writing melodies and lyrics throughout her childhood, and gradually began forming her own voice through the influences of such songwriting greats as John Lennon, Shania Twain, Emmylou Harris, and Elvis Costello.

The voice Rachel possesses is as indebted to these legendary performers as it is autonomous.  While the evidence of her musical diet can be clearly heard in her work, it is not immediately apparent to what classification of music Rachel thinks she belongs. It is possible she doesn’t even think about this at all.  Rachel’s music is as country as Led Zeppelin, as rock n’ roll as Loretta Lynn. And yet, if you are familiar with these two acts, and you hear Rachel, this makes perfect sense. Rachel seems to approach her music with a genreless ear and an indie sprit, while making music that somehow appeals to all who hear it.

At the age of twelve, Rachel dragged her mom’s living room stereo, a stack of her favorite country CDs, and a cheap wireless microphone into a local coffee house and played her first paid gig. Many more gigs followed (as did a few much needed equipment upgrades) and she honed her vocals and performance skills in thousands of solo and band performances over the course of the following decade.  She has had the honor of sharing the stage with artists including Shania Twain, Gretchen Wilson, and Bobby Bare and has opened for Sara Evans, Thompson Square, Lonestar, The Farm, Randy Houser, Sean Patrick McGraw, Matt Kennon, Gwen Sebastian, Andy Gibson, Tyler Farr, and the Duhks. Though she still enjoys getting out there and gigging on her own, she now often performs with her accomplished six-piece band in venues ranging from bars, festivals, theaters, and casinos, to private parties, music industry events, charity functions, and county fairs.

In 2011, Rachel began unveiling new material in a parade of singles that will lead up to her full album release, currently titled Do It Yourself, due in late 2012. Her cover of Shontelle’s “Say Hello to Goodbye” was accompanied by the release of a highly successful music video. Two original songs, “Lovely Lily” and “Ain’t No Fun” have been met with great enthusiasm by fans and critics alike. This is Rachel’s first new material since the debut of her acclaimed 2009 EP Late Nights and Early Mornings.

An anomaly in today’s musical landscape, Rachel’s vocals are achieved completely without the use of studio tricks or processors.  Critics have praised the results, saying Rachel’s material “provides an exciting musical picture of an emerging talent that isn't about to be contained,” and “proves there’s hope for country music after all.”

With experience and ability that belie her age, Rachel Allyn has established herself as an emotional and powerful vocalist, effective songwriter and interpreter, and hardworking artist.  She is reverent and passionate about what came before her, yet she sings and writes with the fortitude of a hopeful trailblazer.  Says one reviewer, “Rachel Allyn deserves to be the next big thing in country music.  If you check out one new country artist this year, it should be Rachel Allyn.” 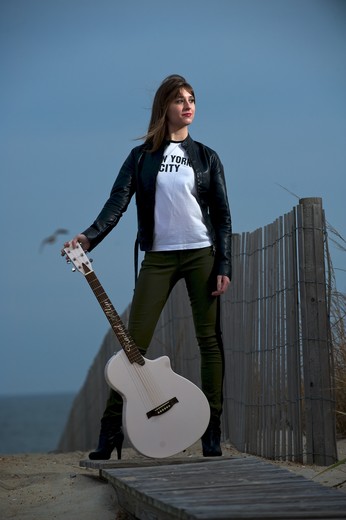