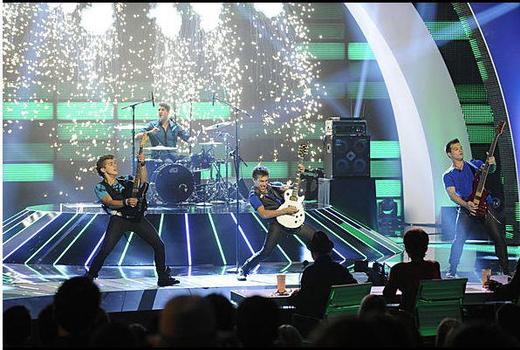 Reverse Order is a Pop/Rock band that was a finalist on Americas Got Talent. They continually tour the country bringing their music and captivating show to festivals, colleges and venues. They’ve also developed "Reverse the Trend" which is a unique and successful Anti-Bullying Concert & Assembly that is being requested at schools and centers across the nation.  Reverse Order just released their third CD, "Made in America" featuring "Our City" a song dedicated to the people of Boston and victims of the bombing.

Highlights in their career have included:

They have headlined many events as well as supported acts like, Third Eye Blind.

The band has focused on creating a pop/rock sound that is familiar and inviting, but at the same time bringing in new elements to keep it fresh. They’ve released three EP’s, and their music videos have been placed on TV, the internet and in retail locations.