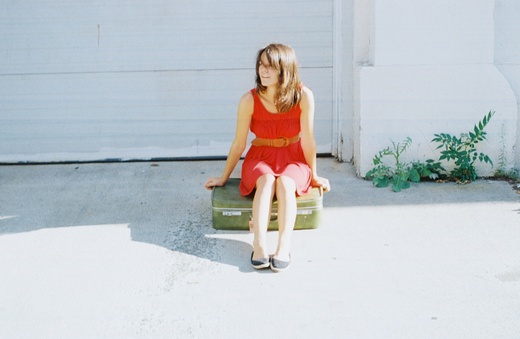 Rhianna LaRocque has come a long way since spending Sunday afternoons in her hometown of Severna Park, MD, singing Spice Girls songs into her hairbrush. Today, in the midst of releasing her second EP, Rhianna has evolved into a unique and versatile singer-songwriter whose music combines a level of introspection beyond her years with the wide-eyed sincerity of someone always trying to learn and gro...w. Floating over rolling chord patterns, Rhianna’s voice has one quality that stands out above many others – honesty. Her voice is real, unembellished and reminiscent of a time when a guitar and a voice was all you needed to say something beautiful. Lucky for us, she’s only just begun talking

Her life as a musician began in her sophomore year of high school when, on a whim, she auditioned for a musical. Like the strongest of loves, music came out of nowhere and then consumed her. She began writing her own songs, taking them with her to open mic nights in Annapolis and the rest followed fast

At 16, she went to Recording Arts in Virginia and with the help of Marco Delmar, and the infinite support of her mother, she recorded seven original tunes – a process that proved difficult and frustrating but ultimately rewarding. One only has to give The Only Thing I Can Do a spin to see why. Her debut EP is available on iTunes, Amazon and other retailers

As the end of high school approached, Rhianna set her eyes beyond Maryland and began sharing her music with listeners in Virginia, Pennsylvania, New York and Massachusetts, venturing as far as Utah and California during the summer before she moved to Boston for college

She was awarded the grand prize of the Washington Area Music Association’s P.A.S.S. contest, which has helped her fund her second EP. She was also able to play the 25th annual Wammies at the State Theatre in Falls Church

She has shared the stage with the likes of Tom Paxton, Freedy Johnston, Cliff Eberhardt and Trace Bundy. Traveling and performing all over the country, she continues to grow as a singer, songwriter and performer
Currently, she lives in Boston and is attending Northeastern University. She surrounds herself with likeminded musicians who, together, form a pool of constant creative give-and-take, an environment that is perfectly suited to her musical focus on growth and change

Her second EP, Hotel Songs, produced by Marco Delmar and featuring a backing band that includes some of the Baltimore-area’s most talented musicians is now available on iTunes.