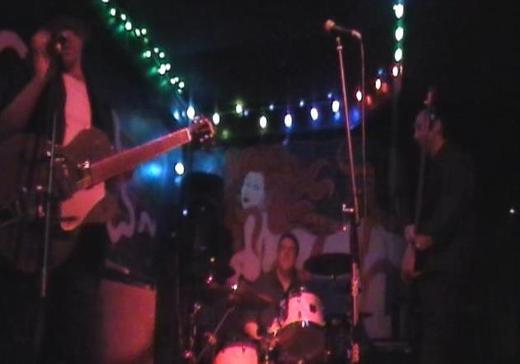 Born in Seattle and raised in the Puget Sound area, Steven Martinelli is both a veteran of the local music scene and a newcomer as a songwriter. He spent 6 years honing his skills as a lead guitarist and vocalist with his former band Granny Smith, sharing the stage at Moe’s, The OK Hotel, the Velvet Elvis, and other clubs, with bands such as Zeke and Imij during the mid to late 1990’s. After almost weekly gigs at the infamous Lake Union Pub, as well as brief stints, with The Scratch Quartet, and The Turn-Ons, Steve took an extended hiatus from Seattle to focus exclusively on his songwriting. He had the good fortune of reuniting with producer and engineer Mike Davidson (Jon Auer, Sky Cries Mary) in 2008, and began recording tracks that would eventually become the album “Tombstone Tantrika”.

Growing up in the shadow of Mt. Rainier Tod Smith has played in everything from cover bands to blues bands, and has relied on music for over two decades as his bread and butter. His influences range from Classic Rock to Blues, Jazz, Alternative, and beyond, and he is in his true element in a three piece. After Tod relocated to Seattle in 2000, and while involved in other projects, he met Steven. Over a several year period Steven had hoped that he might someday have the opportunity to play with Tod. So, when this very opportunity presented itself in 2010, Steven quickly turned his efforts toward recruiting Tod for the band.

As bassist and founding member of Seattle band Verona, Jacob Moyer is no stranger to the local live music scene. Verona established a loyal local following between the late 1990’s and 2004, headlining its own shows and opening for larger acts, such as The Presidents of the United States of America, Death Cab for Cutie, The Fire Theft, Juno, and The Twilight Singers. A short time after the release of “Rumoured to Whisper Suspicions” (2004, Lujo Records), Jacob parted ways with the band to focus on his family and career. Though they’d briefly crossed paths in the early days of their musical careers, Steven and Jacob met up again in 2009, when Jacob joined the current effort.