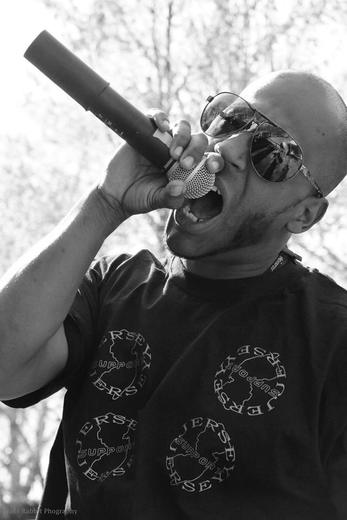 Born in Puerto Rico and brought to New Jersey at age 4, STRENGTH already had the talent to draw but little did he know that music (Hip HOP) was going to be his calling.
Growing up in the streets of Camden New Jersey I learned a lot about how trapped we were in this city and how the drug trade was one of the easiest means of getting money even though the consequences were many. Raised in Pollock and having to fight my way up (literally) growing up I have learned many useful techniques that would help me in my careers.
STRENGTH has captured the attention of many with rhymes that have been stated as the rebirth of HIP HOP. "My music speaks about what I saw, see and experience everyday." And even though life has mainly shown me more hardships than triumph's I still push for the best; not just for me but for my family and survivor's of this war that we have been through for years. Working closely with SARKAZZTIC BEATS, who has from day one seen potential in STRENGTH, now gives the streets music that they can relate to.
The loss of one of my little brother's (Claudy N. Vazquez) has opened up my eyes and has made me realize that this be more than me. And even though his death is still being dealt with emotionally the birth of my son has given me new visions and hopes. But regardless of how many visions or hopes there might be, nothing can be done until sweat and hard work come into play. So STRENGTH is on these streets making his name known. "You have to start from the ground up; and how much more from the ground can you start from than CAMDEN CITY NEW JERSEY. "WE ALL WE GOT"