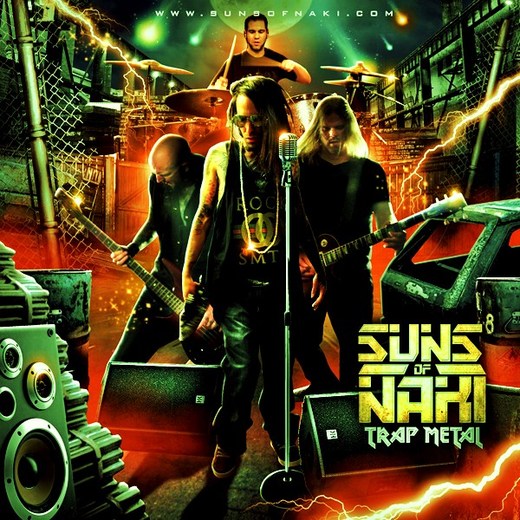 About Suns Of Naki

TRAP METAL comes from the term "TRAP" music ( possibly the most popular form of southern rap in the world today) with guitar driven anthems and hip hop style synth lines.

Being from New Orleans , SON (Suns of Naki) have a love for the south and you can hear the strong influences of southern rap and southern metal in there catchy songs with strong hooks and incrdibly well thought out lyricism in there verses that can compete with any mainstream rap or heavy metal in the music industry today.

With such an origianl style and sound it was only right for these guys to dub there own style and genre.

Suns of Naki came together in the summer of 2011 and immedietlly there was an incredibly strong energy between the members and they knew they were onto something big.

All four members have a star quality to them. Lead singer Stefan Solea' has been a solo artist since he was a young teenager.  With several videos and opening performances with major hip hop artists around the united states Stefan has earned himself notariety in the eyes of some the most succesful rappers in the world. He is also an actor and has been in many major feature films as well as reality TV.

Guitarist Ian Severson and bassist Jeremy Young were both members of the very popular and succesful band Future Leaders of the World. Both Ian and Jeremy have an abundance of experience touring and playing huge shows with there former projects.