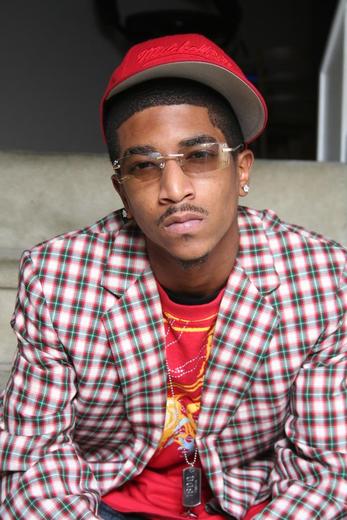 “Music is my life,” A phase spoken by many, but left unproven by more.   Tayflows ability to have those around him in awe is natural. While in preparation to take the game by storm, Tayflow bares a supportive team of multi-talents: writers, producers, and artists who have all contributed to his already beaming star.

Hailing from Indianapolis, Indiana, also known to some as “NapTown,” Donte Jamal McGraw pays continuous homage to his place of birth not forgetting those who have made contribution to his 10+ years as an artist. When asked what the inspiration is behind his craft, he barely skips a beat when mentioning his deceased father, Reggie McGraw. “My pops flowed before he was killed.” Although an untimely death, his exit gave birth to a hip-hop entity in the making. “I was always around music, but the death of my father made me take it serious.

With a backing in musical instruments and formal vocal training, the church choir, has also played a huge role in Tay’s upping. Tayflow’s undeniable lyricism of the north with the gritty delivery of southern rap legends together has created a spark of hope for the rap game as we know it today. Not many can hold a light to Tayflows innate sense of music. His smooth play upon words and quirky colloquialisms bare the means to put an end to rumors of lack luster lyricists.

Now currently residing in Atlanta with his encouraging family, the peach state has become Tayflows avenue for success. He is all about perfecting his career, be it through writing, production, or stage presence, or studying those before him. How can he not, when music is the very thing that has kept him glued. “Music…kept me from street running, girl chasing, and overall bad decision making.” With this type of focus no one can keep Tayflow from his destiny. It’s only a matter of time before the world will be enabled to witness the vision of this hip-hop hopeful. He is definitely going to be a force to reckon with in comparison to some of the games new “talent”