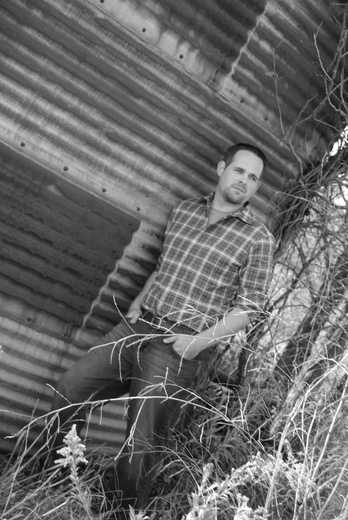 Thad’s music is inspired by his life, family, and relationship with the Lord. It is a blend of classical and contemporary sounds, created for relaxing and meditating. Music to soothe the soul, relax the mind, and reflect upon. Thad’s songs are picturesque journeys and expressions of passion, emotion, and experiences. His music often combines a unique rhythmic sense (particularly his use of rubato), with melodic simplicity and counterpoint. The fusion often produces a particularly delicate sound in the balance between melody and harmony, and also creates rhythmically, a soft and interesting harmonic feel.

Grand Design is Thad's first solo piano project, released in 2006. Musically it is a blend of simplicity and technique; melodic, and impressionistic. VAST is Thad’s second solo piano album, released in June of 2008. It is also a mix of emotional impressions, and thoughtful melodies, but more simple and calming. Love Without Words is Thad’s newest album, released in 2010, which follows similar musical patterns but with even more emotion and thoughtful melodic expressions than the previous CD’s. Much of the new music was written for and inspired by his family and friends. Thad will also be releasing an Impromptu CD later this year, which includes 12 improvisations.

Thad’s music has been reviewed by Mainly Piano Publications and described as “music that blends a wealth of experience with deep emotion, creating a distinctive sound that is accessible to all yet complex enough for a more discerning ear, “very calming and uplifting”, “deeply emotional musical soliloquy where only heartfelt truths are spoken – stunning”! Vast was rated one of the best CDs for relaxation of 2009. In 2006 Thad joined Whisperings Solo Piano Radio which has been rated the #1 radio station on the internet for solo piano, and also includes legendary piano artists, David Lanz, Robin Spielberg, Suzanne Ciani, David Nevue, Wayne Gratz, and Michael Dulin. He has also recently joined Sky.fm radio, and Pandora radio. In 2009 Thad won Best Music for Animation at the Swan Lake Moving Images and Music Awards for his song Gentle Whisper, off the album Vast.

Originally from Ottumwa Iowa, Thad currently lives in Missouri, and is married with three beautiful children. He has a Bachelors Degree in Psychology and a Degree in Music. He has been writing and composing music from an early age, which is his focus and passion. Thad grew up listening and studying classical music, which typically resounds some way in his music. He studied piano, violin, guitar, and percussion throughout his school years, and is currently focused on the piano and digital instruments. In the near future He hopes to start working on other instrumental CD's with orchestration, and a Vocal project with his wife. Thad is also a dedicated youth pastor, and worship leader, whose passion is to serve the Lord.

Thad's original intention for composing music is for background music, or for times of meditation or relaxation, especially for his three young children. His music is designed for a time of calm easy listening or for events where background music is needed. Thad’s music has been played all over the world, in daycares, spa’s, retail stores, and business offices, for art shows, dinner parties, banquets, and weddings.