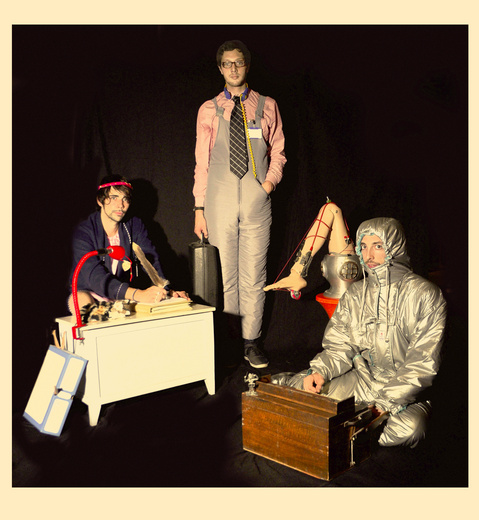 “The Agency is an incongruous mixture between a lunar girafe fond of elastical bass-lines and talking machines, an insane organist with melodies as disordered and multicoloured as his clothes, an exhilarating play-boy face-boucing behind his drum-set, and finally a clumsy despot at the microphone. The Agency was born in Kiwiland but chose Paris to spread its parascending pop-music.”

Klart Faloot, extract from Kiwilandish stars out of our frontiers (Red snake editions, 2008)

“The Agency’s music is successively solemn, naïve, as extensible as a cling-film but always abouding. You’re warned, their record is a must, it can recolor your past.”

A citizen of Mok

“As essential as a masterpiece like, let’s say, The story of G by The Bicentennials”

“Bumpers made me raise dromedarys in my own bed”

“I met the agency twice. One time in Kiwiland and a second time in Paris. Except for the fact that the four boys like audio-ludique experiences, ghosts in amps, atomic videotapes, magic motorcycles and any sort of guidebooks, I learned strictly nothing”