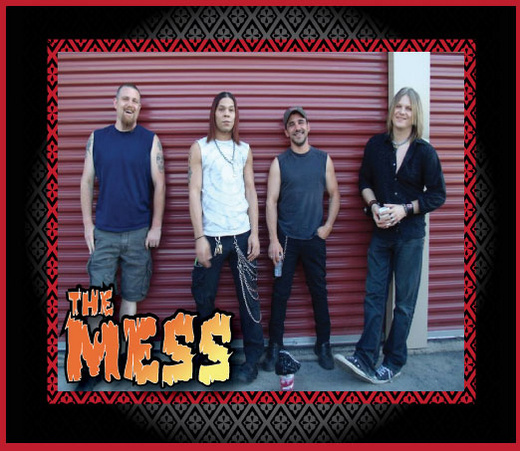 The MESS are a Northeast PA based rock n roll band formed in 2003. If you're not familiar with them or their sound, they take shots of Classic rock, Acoustic rock, Glam, Punk, and Metal and throw it all into a blender. The result being The MESS as they are without compromises. With a tight rhythm section, passionate vocals and arguably the area's best lead guitarist they've dazzled many fans through the years. Voted best Indie band of 2008 by Weekender readers The MESS also released their single With Me Tonight on Boston's Illumina Records.
They've graced many stages, and played with many great acts most notably Guns N Roses' bassist Duff McKagan's LOADED and L.A. Metal Badboys W.A.S.P.. So if you're looking for a little something different, rather than the old dreadful Dave Matthews cover band, come on out to see The MESS.