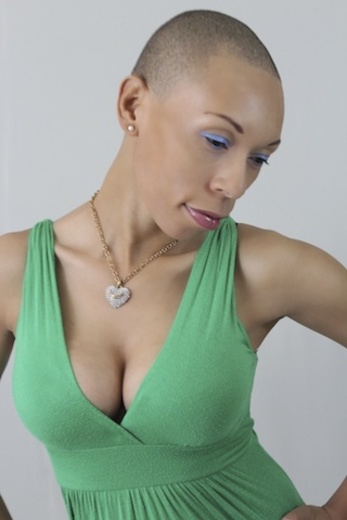 Tia Davis, professionally known as Tia Dae is an R&B singer-songwriter and actress. Born and raised in Washington, DC, Dae was first discovered by William Mobley at the age of 15. By the late 90's, Dae began building a local buzz around the DC Metro area, which afforded her the opportunity to perform at many of the District’s most established venues such as; Unifest, Georgia Avenue Day, and Black Family Reunion to name a few. Dae’s early success earned her a WAMA (Washington Area Music Association) nomination in the same category as Tonya Blunt, Me’shell NdegeOcello and the legendary Toni Braxton. Dae also traveled and performed up & down the East Coast, as far as Orlando, Florida.

In 2003, Dae landed her first role as a supporting actress in Aaron Jackson's stage play, “Winter in Washington”. Due to her success in Jackson’s stage play, Dae landed a role in Jackson’s national hit stage production, “Let Go and Let God”. In 2006, Dae was announced a finalist in Lil’ Wayne’s Cash Money Records talent search, which was sponsored by WKYS 93.9FM in Washington, DC. In 2007, Dae signed a 2yr deal with the independent record label Bright Vision Entertainment, and released both, a video and her dual CD single "I’m Tryin" and “Natural High”.

Soon after the release of Dae’s dual single, she hit the road to promote her debut album, “It’s a Nu Dae” released early 2008. Virginia Beach, VA would be her first stop.

Since 2008, Dae's career has been soaring to great heights. With an array of Magazine and press articles, Dae also landed two radio interviews on WHUR 96.3/HD radio early 2008. In July 2008, Dae was announced the winner in the 19th annual Billie Holiday vocal competition in Baltimore, Md. Dae also performed at the legendary Blues Alley in Washington, DC for two “sold out” shows. Later that year, Dae garnered 3 nominations at the 2008 Velocity Magazine Awards, hosted by Velocity Magazine and April Watts. Dae walked away the winner of “Best Female R&B Artist of the year”. Following that nomination, Dae was also nominated for her second WAMA award. Dae shared the ballot with R&B Sensations Trey Songz, Raheem DeVaughn and J. Holliday

To keep up with Ms. Dae’s upcoming performances and latest music, you can visit her at www.tiadae.com or www.myspace.com/mstiadae