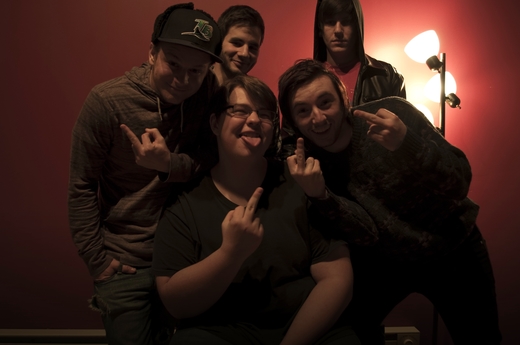 About The Origin Animate

The Origin Animate finished its long search for its final member on October 15th of 2010. After the band acquired the final addition to their family, they began to write their debut release “Wonder & Wither.” First, at Forefront Studios, the band recorded the single “A Blueprint Reflective,” which was later recorded at Vibe Studios along with the rest of their release. “Wonder & Wither” was mastered by Kris Crummett of Interlace Audio (Dand Gavin Dance, A Lot Like Birds, Sleeping With Sirens, Lower Definition and many, many more

Knowing that being a studio band simply would not be enough, The Origin Animate performed several shows. Each show a lesson, their sound, professionalism, solidity, execution and stage presence all grew to become mature. Having performed with national acts such as A Lot Like Birds, Decoder, Just Like Vinyl, I See Stars, Breathe Carolina, Chiodos and more, The Origin Animate has recieved an impressive amount of exposure and developed a close relationship with many of their fan

Built from the ground up, The Origin Animate has taken no time for granted. With every step, they are constantly familiarizing themselves with not only new, powerful sounds and performances, but also with the various business and social aspects of being an independent artist.