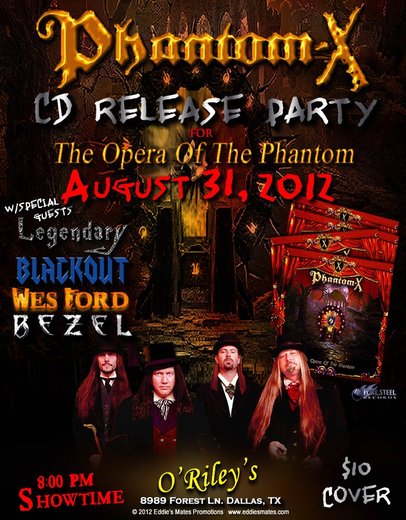 Chamber of King
founded in 2001 by members Scott Jacy and former guitarist Darell "Deuce" Wingo. Thomas Lovelace (Tommystix) and "M.I." Hall (both former bandmates of the metal band "DEINEIN") completed the lineup in September 2001. In 2004 Jesse Crawford stepped in to fill the Chamber Of Kings drummer seat. But due to scheduling issues later in 2004, Dave Bower stepped in to fill the percussion seat. Moving forward and in 2007, Thomas Lovelace (Tommystix) has returned to the band to fill in the drums/percussion seat. And with an added singer to the band lineup - (Aubrey Stewart), CHAMBER music has been described as symphonic, epic and dramatic. CHAMBER OF KINGS is a Metal band with progressive influence. http://www.chamberofkings.com/
www.myspace.com/chamberofkings