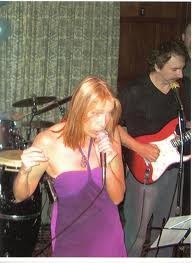 About tony vani and debbie hoskin

“Soul Retrieval” a pop/rock CD emerges from the heart, songs that touch your heart, make you laugh, cry, make you think about life.

Written by Tony Vani and Deb Hoskin, motivated by love and strong desire to honour beloved family members, Jason Hoskin and Roger Sabo. “Soul Retrieval” is the music that lives on in remembrance of Jason and Roger. “To never let them be forgotten”

Tony Vani, hailing from Belleville, Ontario, known for his soulful bluesy vocals and skillful harmonica playing. Tony is a charismatic and high energy performer, touring Canada for the past 2 decades in both blues and pop/rock bands

Debbie Hoskin, singer/songwriter, born and raised in New York City; Debbie had several songs on the Canadian charts in the late 80's; Debbie has a unique vocal style of her own described as sometimes sweet, sometimes sultry, always soulful. Debbie is known for her philosophical lyrics

Joining forces, the creative chemistry of Tony and Debbie has resulted in a powerful and moving musical experience that will move your soul and grip your heart.