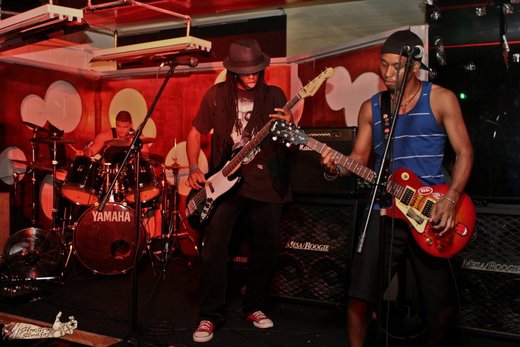 About Transcend the Core

Transcend the Core is a rock band from New York, NY. They write heavy, urgent, alternative songs inspired by metal, alternative and punkrock.

The band, being active since 2008’s approach to music is pretty simple, write and believe in what you're playing. So with a progressive and positive attitude toward their sound, they play/rehearse hard to bring to the live setting not only a great sounding but also an exciting show for their fans and friends.

In 2011 Transcend the Core is looking at their destiny with the zeal of adolescents on high, poised on playing live and reaching as far and as many friends and fans as they can.

Fronted by Carlos they rely/relish on downtuned, melodic guitars and Erick's grooved out bass lines to portray an interesting blend of hardcore and alternative.

Apart from being musicians, they are also audio engineers, video editors, artists and photographers. They mix, edit, create or affect all media associated with the band.

Influenced by acts such as Chevelle, ASHES dIVIDE, Nirvana, Bad Religion, Alice in Chains and Tool, their sound is bold, creative and honest in its approach and direction.