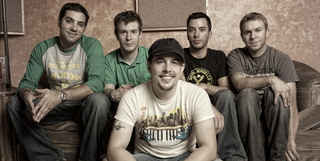 TREBEK has shared the stage with artists such as Toots & the Maytals, Yellowman and the Wailers and is winner of 4 Worcester Music Awards including Best Live Act 2007. In October 2007, they contributed an exclusive track to the G&R London compilation album -- Kings of Street Punk.

In October 2008, TREBEK played the Verizon pre-game show for New England Patriots Monday Night Football. TREBEK is proudly contributing to the Patriots soundtrack for the 2008-2009 season. Watch for band members on home game day episodes of Totally Patriots during the segment "Totally Facts", airing locally at 11am on Sunday morning.