This born and bred Philly artist, simply known as Isaiah, has a sultry soulful voice that is not only rich and full of conviction but is reminiscent of the legendary artists who have inspired him. The classic gospel and rhythm and blues soul stylistic influence of pioneers like Sam Cooke, Ben E. King, Marvin Gaye, Stevie Wonder, Solomon Burke to crooners Frank Sintara, Nat “King” Cole, and Perry Como to the funk infused styles of James Brown, Chuck Berry, and Lenny Kravitz to today’s urban contemporary like Prince, Kenny "Babyface" Edmonds, Maxwell, Craig David, D’ Angelo, and Lauren Hill accompany him on this artistic journey.

Growing up in a house constantly filled with music, it was hard for Isaiah to tune out the beautiful melodies, the strumming guitars, the underlying bass and strong percussions that rush through his veins and flooded his body. It was only natural for Isaiah to chime in singing along with whatever artist who was playing in the house. At the age of eleven, Isaiah began to define his sound as well as receive formal training on the guitar and piano with Kathy Cavell and then later at Harcum College.

As Isaiah continued honing his vocal dexterity, he stepped away from practice and onto the stage. He began performing before audiences at local talent shows and unsigned artist showcases garnering media buzz and a legion of fans. These frequent appearances changed his dreams into a reality.

The journey was far from easy. At sixteen, Isaiah lost his brother and then two years later his father. Through his tragedy, Isaiah came back stronger and tougher. Nowhere does his strength come across more than in his music. It was through this tragedy that Isaiah reemerged with a sound that is ready for the forefront of the contemporary urban music scene.

With music production by Mario Winans, composer and producer of Jaime Foxx's Grammy-winning smash hit "Blame It”, Chris “Deep” Henderson, the Domino Effect, Saint Man, Matrax, Ivan Barias and more, Isaiah showcased his many layers as a singer and musician on his musical and stylistic journey. He collaborated with Cuban Link, Gillie Da Kid. Lil Easy E, Bone Thugz N Harmony ,Young Chris, and the Young Gunz to construct infectious commercial bangers. His sound became a hybrid blend of contemporary R&B, soul, hip-hop, and pop infused with jazz and a dash of urban grit that echoes in his style.

Isaiah has also produced “Her Pleasure” for America’s number one trusted brand of condoms, Trojan, to be featured in their 2010 campaign.
Isaiah set the pace as the opening act for music’s heavyweights such as T.I., Ne-Yo, Fabolous, Waka Flocka, and Amerie. In 2009, he performed at Power 99 FM’s Powerhouse concert in Philadelphia, which boasted industry heavyweights Jay-Z, Trey Songz, Keri Hilson, Mario, Jeremih, Day 26, as well as the Young Gunz.

Isaiah signed with Reinhard Modeling Agency in 2006 and has made a multitude of runway appearances including Kenneth Cole, Bloomingdales, and Phassion Phest. He recently signed with Click Models in 2012, the #6 Modeling Agency in the world.
There is no denying that this evolving artist is driving by the fork in the road and headed straight on the path to producing his own artistic journey. No matter which direction life has taken him, Isaiah remains true to the music. 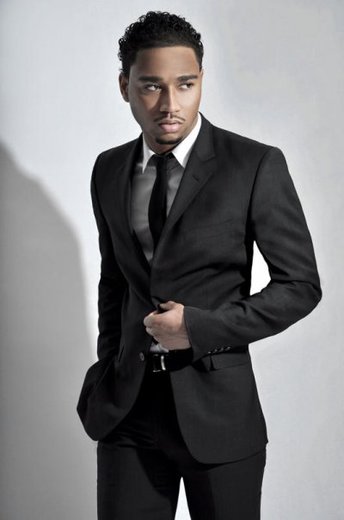