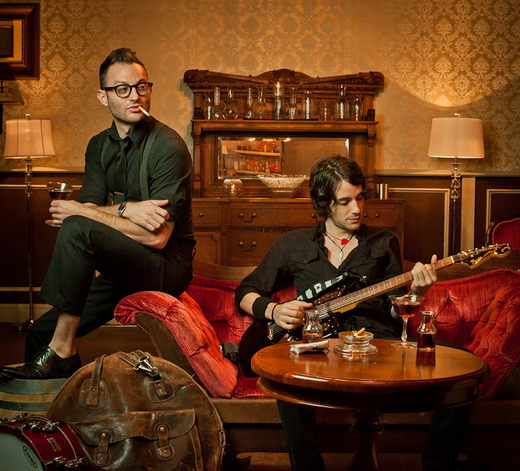 Nashville blues rockers Two Bit Charlie cite the dialogue of dynamics as their primary focus. Vocalist Andrea Iacopini’s guitar licks are having a conversation, sometimes a heated argument with Scott Soifer’s drum tracks. Iacopini and Soifer are all by themselves, pontificating from the rock pedestal together as a dynamic duo, minus the superhero capes.

Andrea originally hails from Porto San Giorgio, Italy and Scott from Dayton, Ohio. Their separate journeys took them to Tennessee, where their paths would soon meet and Two Bit Charlie would be born. Scott and Andrea's vast differences in background and influences noticeably shape their sound, exacting a gritty conglomeration of genres with throbbing verses and explosive choruses, setting the primary focus of this duo to the dialogue of dynamics.

They have already completed a self-titled EP, which was recorded in Iacopini's living room and mixed by him, with the final master being done by Ryan Kleeman. The band has been embarking on a tour of the US and have had their music released in the UK, already gaining recognition and radio play from various DJs.