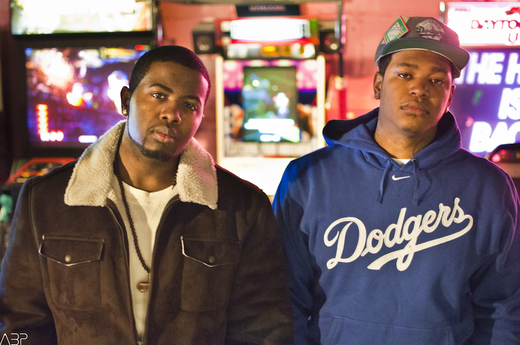 About .KOM (Kingz of the mic)

While most young boys were outside playing sports and chasing girls, the cousins Joka and T.O were writing rhymes and planning their future in music. T.O.’s older brother introduced him to rap at an early age and Joka was a young poet. After T.O. began rapping, he convinced Joka to switch from writing poems to writing bars.

In Lansing, MI, .KOM began as cousins and best friends with a mutual interest in music and a desire to become Kingz of the Mic. Through the years, there have been several members that have come and gone but the core members have remained constant.

Ten years after their introduction to Hip Hop, the duo released their first official mixtapes, released several videos, opened for platinum-recording artist, Ludacris in front of nearly 20,000 people and recorded with one of their early industry sources Kuniva from Shady records ‘D-12’. Through all of this, they have learned to follow their passion and to remain close. .KOM’s goals of creating more great music, touring the world and learning from the greats continue to be what leads them through their journey through the music industry.

Now in the works of working on their 1st official album & linking up with the in-house producer DJ Eclipse 1/3 Of The ‘We The Best/Cash Money’ Producers ’The Chemist Music Group" the always entertaining Joka and the precise and organized T.O. have a solid structure to build an empire upon.