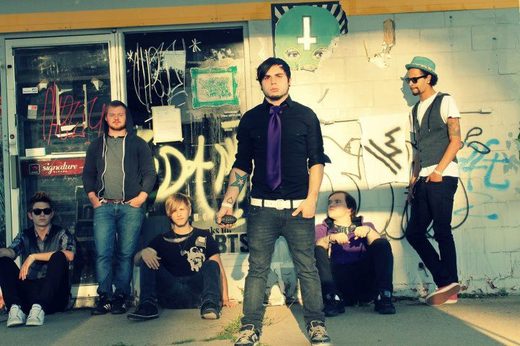 Where Are You Houston

About Where Are You Houston

Where Are You Houston is that special kind of post-punk that blends heart-tugging melodies and distorted guitars to embody a certain component of youth we can all remember and identify with. The six-man ensemble from Canton released its latest full-length album, “Prophecies & Poetry,” Sept. 28, and the disc is full of well-composed anthems for the disaffected

The 14-track release begins with a spacey vocal introduction that goes “On & On & On…” as the title suggests. It glides nicely into “Wake The Dead,” a fittingly haunting song accented by ironically cheery keys and chords. Cut through the sonic waves that roll steadily along through the next two tracks comes another recorded vocal piece. It haunts and sets a tone, like a narrator returning from the dead to illustrate the band’s vision through his words

The latter half of the album picks up with more energetic and gripping vocals from frontman Andy Potter. The guitar slides along from distorted and atmospheric to crisp and clean throughout the album, and the result is an artistic little composition full of unexpected twists and turns

Where Are You Houston is an ever-evolving group from these neck of the woods who have fused pop punk, indie, atmospheric and post-punk inclinations together to create a sound that is modern and intriguing. The dark, spacey themes on “Prophecies & Poetry” make this more than just a compilation teen angst anthems or droning dirges. The songs are colorful and bright, even when their themes are dark and gripping

“Prophecies & Poetry” can be found on iTunes, and the madmen behind it have booked an East Coast tour that kicks off in the spring. The band is taking off like a sonic rocket, and it would be wise to catch them as they sail off through the stratosphere.

Where Are You Houston