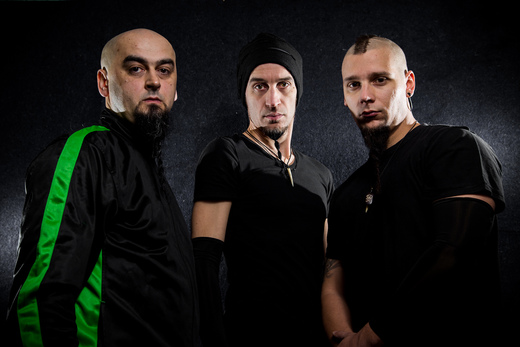 Synthetic Scar is all about combining different styles of music (from electronic to hard core), In it's own core it is a metal band but we like to think of the band as a synthesis of modern electro music and old school metal. In other words, a combination where everything is allowed, there are no boundaries and Nu Metal is the meeting point of the band's expression. Nowadays often called New Breed Metal or Modern Metal

Boro and File started with some serious writing, at last. Before this they were authors and coauthors of music and lyrics for other bands. Now seriously focusing on Synthetic Scar, they wrote songs for the first album...but that still was not it...When Tihi and Tonci came into the band and gave their points of view, finally it all fell into place and in that moment Synthetic Scar was born. Founded in 2010. as a product of ex Valium, Synthetic Scar started out as a project but has turned into a real eager-to-get-out-there and play band. In 2011. first EP was released with 2 songs, Save Me and Single Casualty. In 2012. Synthetic Scar wrote some Serious Sam 3 music  (4 songs which are remixed album songs and Gone 4ever as it is), recorded first album ("Single Casualty" released for Slušaj Najglasnije / Listen Loudest for Croatian market and Stereo Sapiens worldwide) and shot a first video. Band is currently working on their 2nd album, unfortunately without Boro, working title is "Dark Reflections" hoping to be released in february 2014. for Stereo Sapiens. "Single Casualty" AVAILABLE WORLDWIDE