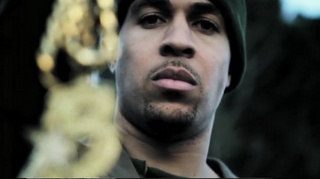 Whether it is a mic check 1, 2, or Lights, Camera, Action – X.O. personifies the true meaning of Hip Hop in all his creative endeavors. A product of Altadena, California, the artist/writer is most noted for his contribution to the stage presence of multi-platinum artist, The Game. Through his relationship with Black Wall Street and the guidance and direction of a select few, taking a pen to a pad is natural. When given the opportunity to spread his wings as an independent artist, there was no time like the present to show the world the West has won (literally).

Formerly recording under the name, Scipio, X.O. describes the transformation as a preparation for what can only be described as legendary - the necessary rebirth of a dying breed. “I figure it like this in the rap game, with the name X.O.; I have a bigger burden to prove. People grow, in whatever they do, whatever profession, and in life. So just like the industry’s seen Jay-Z reinvent himself from Jay-Z to Sean Carter to HOVA, psychologically it shows everybody a different part of the man like, ‘ok maybe this is another part, another face of the individual that they didn't get to see.’ There is more than one side to every human being. You have to recreate yourself every so often in the music game, in any industry I believe, in order to evolve. That just shows growth. Progress.”

After 5 years in the game, 5 mix tapes down, a 6 year association with The Game, and after catching the ears of and getting nods from rap icons: Snoop Dogg, Jay-Z, and Pharrell (who referred to X.O. as “one of the greats”), X.O.’s affiliation with Black Wall Street has resulted in a long overdue powerful and strategic alliance. A triple threat, this West Coast lyricist, Billboard chart topping songwriter, and student of theater has been pounding the pavement. The California native, got an early introduction to rap via writing poetry, an eerily similar start to another legend, Tupac Shakur, whose lyrics were anchored in prose roots. Under the backdrop of the drug and gang infested, streets of Los Angeles County, many did not survive the element, but X.O. has overcome overwhelming odds that were often against him. As a student of the game, he grew up listening to and studying a wide range of artists including: DJ Quik, Hieroglyphics, Rakim, LL Cool J, Nas, and Ice Cube.

Among the music community, X.O. is a musician and has respectfully worked with artists such as Juelz Santana, Trina, Raphael Saadiq, Teedra Moses, Kelly Rowland, The Game, MC8, Jon B, and Snoop Dogg – to name a few.

Currently, along with progressing his talent as a songwriter and artist, X.O. is recording his debut rap album, yet to be titled, when asked about his character - “I bring a different energy to the game. It goes beyond music. I’m a songwriter; I’m an artist that writes hip hop, R&B, and alternative. I’ve also been acting for the past 8 years. I am the complete package. It goes beyond killing on a record. I'm that next, new genre of hip hop, especially on the West. I’m not selling albums; I’m selling a way of life.”

All this to say on a stage, in front of a camera, or in the studio – X.O. is among the new wave of artists that has done it all. It only gets better. CUT!