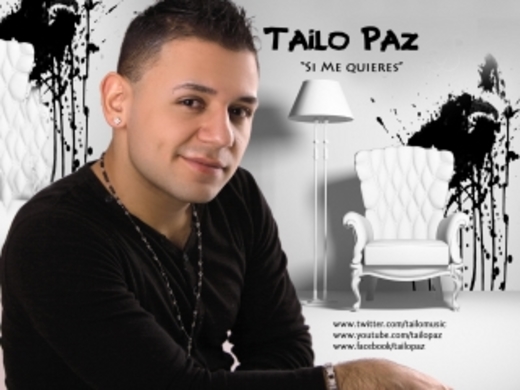 He is a navite of Honduras and his birth name is Rutilio Paz but in the music world he is known as Tailo Paz. His beginning in music took place while he attended high school in the city of Boston, Massachusetts, there along with three friends he founded the band known as Fomo Productions and performed with them for three years while developing his artistic abilities.
The need to conquer new challenges led him to start a career as a solo artist in the year 2008. Thanks to his talent, effort and dedication he received massive support from the fan base and shortly after became solicited to collaborate with other artists who saw in him their big opportunity to reach the masses
His music has been played on some of the most important radio stations in the United States, Central and South America and professionals in the industry have praised his live performance.
Today, this talented musician and composer is proud to present his most recent single “Si Me Quieres” an excellent reggaeton/urbano with an irresistible rhythm and exquisite lyric that is constantly played at nightclubs. With the unconditional support of his family, Tailo is now ready to conquer the music world.