Stephanie Kay Hussar (born May 5, 1990) is an American singer/songwriter specializing in the pop/dance genre

Stephanie Kay has loved music since a young age. "When I was little I put on shows every week for my parents. Even though I'm sure they were sick of it they would watch every single one. I used to pretend I was famous, and would sing in my driveway for the world to see. When I got a little bit older, I would take my karaoke machine and strum on my dad's guitar and make up my own songs, and recorded them on cassette."

Stephanie was always passionate about music, but it wasn't until recently that she started becoming serious about her music. "By the age of 12 I had a microphone and the first sony acid. My dad is really into music and he bought us acid for a joint Christmas present. Thats when I really started writing and making music. I probably made about 30-50 songs on acid, some including my younger sister. We weren't very good at first, It was more about doing it for fun, but it also let me realize my passion."

Now, at the age of 21 Stephanie has definitely made her mark in the independent music world. She has over 60 songs created. Stephanie writes her songs all on her own (lyrics & melody), although most of her song's instrumentals are produced by others. "I have gotten to work with some amazing people already. After joining a few underground sites, my music has really budded. I've got some great producers, people to help master, and even other members to collab with. Life is good, and I can't wait to see where this path takes me. I'm glad to a be a part of the music world, and I hope to continue making music that people can relate to and enjoy."

Although Stephanie is not signed to any label, she has worked with many independent labels and DJs on songs. She has received radio play both locally and internationally, as well as had tracks played in clubs through out the country. Stephanie recently had vocals on a few studio albums by other artists

Stephanie is also part of the parody group Concrete Kids. 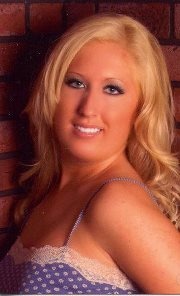