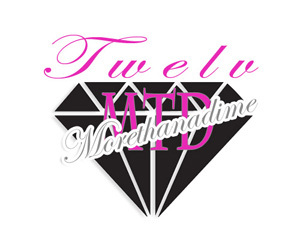 Twelv is a Hip Hop Artist-Songwriter from North Carolina. As a military child she was privileged to travel and live in different parts of the world at an early age. One of Twelv's older brothers inspired the artist to write about her feelings, her life and others while she was only 11 years old. Her mother (separated from her father) took the lead and had Twelv in local studios to record her material. The first song Twelv recorded was at the age of 12. Local labels assisted 'Twelv and her mother with getting the artist the right tools to move forward, starting with the given name 120z by Dallas artist Swift. From hooked on Phonics commercials to talent and modeling shows, Twelv was always on the go with a schedule. Twelv prides herself on being more than a ‘dime’ in the music industry. Her style if fresh and seasoned like no other female MC. The music is tasteful, entertaining and relevant in most her fans lives. She embraces the tracks as a hip hop artist rather than a rapper. Twelv composes her words down to the last line to cater not only to herself but her followers. Twelv is a leader in setting trends from her sex appeal to the energy packed stage performances when seeing her live. Her material reflects the endurance of a strong woman that is consistently fighting and beating the odds. She featured on former A&M recording artist Billy Porter's album while still a minor, put a crowd of over 5,000-10,000 people on their feet at the Hot Boyz/Ruff Ryders Tour Concert in Dallas, TX and was approached by Def Jam reps following her freestyle. Twelv has gone on to work with producers such as Boom (Boom Town), director of several top southern hip hop videos, Gold Finger, Spliff, Erodic D (6'2 producer), Big Phazz ( worked with Lyfe Jennings, Franchise Boyz, Play N Skills, Rich Boy, Slim Thug ) and Jelly Roll ( plaques from Xzibit, Snoop Dogg etc.) to name a few. Artist that Twelv has collaborated with include Tony Thompson (Hi Five,rest in peace), H Town, E Class, Pikahsso, Billy Porter (A&M records), Bossaliny, Gilo and underground artist like Reezzy, Big Hud, Pres, LD, D-Nuts and others. Twelv is consistent, intelligent, creative, empowering, professional, dependable, soulful, talented, educated, sexy and marketable to say the least. CURRENTLY The Hip Hop artist is currently branching out and collaborating with producers and artist from Dallas and surround cities, Baltimore, California, Washington and others. She will continue to raise funds for her martial, work hard to gain a broader fan base, market and perfect herself as well as her material. Twelv consistently is compared to male Mc’s stemming from her delivery and the lyrical content. Twelv’s has great reviews from the D.O.C., Jazzie PHA, Erodic D., members of Def Jam, UPN Staff, Jelly Roll, Heavy Weight, DJ’s etc. within TJ's DJ's, and so many more. Twelv is improving her skills on the guitar which is another side of the artist alone with being an actress, dancer, model, journalist, ghost writer etc. Her plans and proposals for her Morethanadime products will meet its dead-line by the beginning of the ’09 year. The products are to be on the market with the ’08/'09 released album. Included in Twelv’s career development plans are roles in movies, a beneficial Non profit organization for Endometriosis research, writing for more renowned artist, sitcoms, fashion, raising funds for awareness, rebuilding communities and more. Most producers and engineers are impressed with her street knowledge, stamina, motivation and drive that Twelv shows every day for her career. Twelv is usually writing or still recording into the early hours of the morning, involved in several situations where the producer would fall asleep. That's when she'd step up and record herself with the pro tool knowledge she's gained, ridiculous ear for music and can sing a solo for you with her guitar. The girl is cold...... TWELV Morethanadime