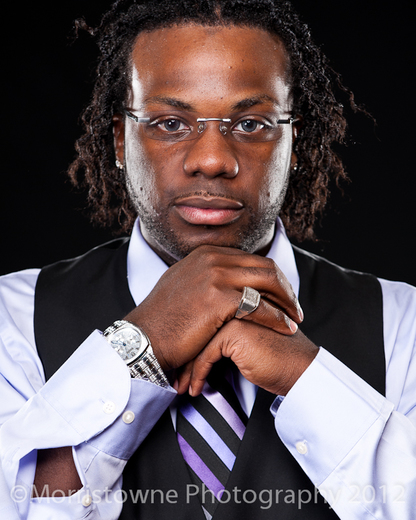 *Education: Graduate of Collinwood High School. He is currently attending Hocking College, in Nelsonville, Ohio; after transferring from Lorain County Community College in Elyria, Ohio. The first college he ever attended was, Southern Union State Community College in Wadley, Alabama; he managed to obtain a music scholarship while attending

*Achievements: While entering the music industry, this unique lyricist hopes to become one of the most influential songwriters & evolutionary hip-hop artist in today’s thriving society. The one & only "Young Tee" has a fresh new flavor of expression logy combined with hot hooks straight from the inner city; The heart of C-Land (East Cleveland, Ohio). Young Tee discovered his gifted talent in music at the age of nine-years-old. Ever since then he has diligently continued to pursue his music career. He wants to send positive messages and use his life as an example to encourage and inspire the upcoming younger hip-hop generation. In addition to obtaining success in the music business, Young Tee also has other optional preferences to balance his diversified personality. He has alternative plans to attend college to become an Engineer Technologist. Young Tee’s motivation is the Lord Jesus Christ, His Family, Life Situations, & The Ole’ School Generation, because they paved the way in hip hop culture. A few other respected artists he admires are T.I., Tupac, Kanye West, City and Long nose. Hot #1 multi-talented, especially when he is in his lyrical element. His 1st album titled: "Get Down," was created at the age of 16 & contained many singles such as; Get Down, So Fresh & You Can’t Take Away. His 2nd album titled: “Young Tee,” was created at the age of 18 & also contained many hits such as; Wut U Ridin, Beat-N-Down Ya Block, My Swag & In Da Club. His 3rd album titled: “Grand Opening,” has blew many listeners away with his positivity, lyrics & direction within the album. Grand Opening also contained many hits such as; Rain On Me, My Thang, 2 Flyy, Like You & I Can Do That. His 4th album: "Student of The Game," contained hits like; Model Type, Lights On, We Gonna Make It and Grindin, Shinin, Stuntin.

*Recent Activities, Accomplishments and Expectations: Young Tee is currently attending college to pursue his bachleor's degree in music. He’s also busy traveling from city to city & state to state to entertain thousands of fans. Young Tee is also working on his very first mix tape, looking to be completed by the middle of 2012.  His expectations are limitless as he continuously creates a diversity of music and sounds into the mainstream Hip-Hop Society. Young Tee would like to excel and achieve multi-platinum success. www.myspace.com/youngtee18.

"Is this what I feared when I prayed?!"