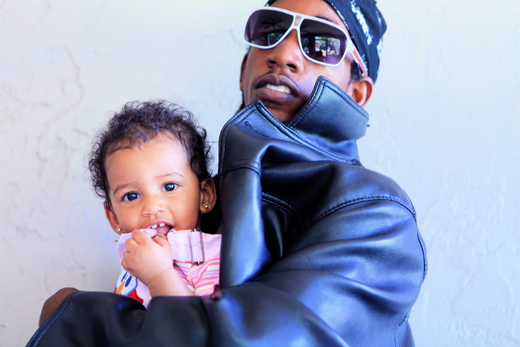 Nage (Dornel Jean-Jacques), was born April ninth 1986 in Queens, N.Y. Shortly after his birth he returned to Haiti with his parents. He would spend the next 11 years growing up in Port-Au-Prince. He returned to the U.S in the summer of 1997. Following a dramatic turn of events, (in which his house was burglarized by a group of low life scum).After spending a year in Rosedale, Queens his parents decided to make a move to the Dirty South. What better place than Palm Beach County, Florida, located sixty miles north of Dade, on the eastside of the State. In 1997 while attending Coniston middle School Nage met a young man by the name of Ricardo Sanderman (R-one).R-one would turn out to be an influential part of Nage’s life and career. Over the next five years R-one’s love of music would help Nage discover his God given ability to make music. After dropping out of school in 2002 Nage and R-one collaborated on their first song entitled “Shed a Tear” In memory of their beloved friends Johnnie and Sophie. This would be the first of many collaborations eventually leading to the formation of the group Camp. In 2006 Camp released a mix tape entitled “Volume1 Shortly after the release of “Volume1” Nage and R-one decided to take the time to pursue their own personal interest. Nearly a year since the release of “Volume1” Nage is putting the finishing touches on his solo debut album self titled N.A.G.E.