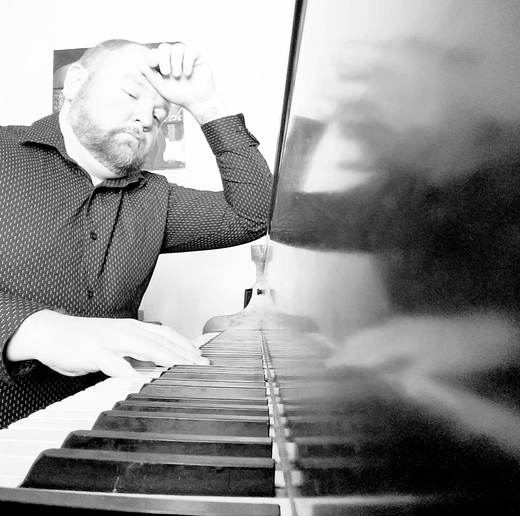 Born May 6th, 1983 in the Granite State of America. A Franklin New Hampshire native Zachary started banging on the piano keys at the age of 5. He took piano lessons on and off but didn't fully commit to practicing and stopped at the age of 12. It was not until Middle School he found a passion for Music Theory. After graduating High School in 2001 he attended Franklin Pierce College in Rindge, New Hampshire. Zachary was studying as a Music Education Major. After one semester he left College to pursue playing in an alternative rock band called Fusion. When the band disbursed, he jumped in and out of several start up bands that were short lived. In 2007/2008 he joined Side One, and the first glimpse of what it would be like to musically succeed happened. Side One opened for "2AM Club" in Rome, New York. With great momentum the tour manager of "2AM Club" began to discuss the opportunity of continuing to open for the band. Sadly, the drummer of Side One experienced a serious knee injury and the opportunity to tour dissolved as well as the band. From 2007 to 2011, Zachary continued to create solo piano compositions. He was accepted into the Indigi Music catalog and had his works submitted to several song placement one off's. In 2012 he was recognized on the website Ourstage. Zachary achieved Top 40 Instrumental awards November, December and once more in March of 2013. In June of 2015 he opened Inspire Music within his hometown Franklin, New Hampshire. The small studio offered music lessons and live acoustic performances. Inspire Music gained the attention of "Recycled Percussion" and was given a 1 of 1 drum kit used on tour filmed by the Emmy Award winning TV series "Chaos and Kindness." After 3 years of operation the program closed its doors due to lack of sustainability in 2018. After taking time to reflect, Zachary started to create again and is confident that the new compositions are some of his best works. In 2019, he experienced working with the amazing film Director Ben Proulx producing his first professionally recorded music video "Keepsake." Zachary entered some of new works into the Ourstage instrumental competition and has been awarded top 10 April, May and June of 2020. He also rekindled his relationship with Indigi Music and has submitted several new songs to their catalog under contract for placement.