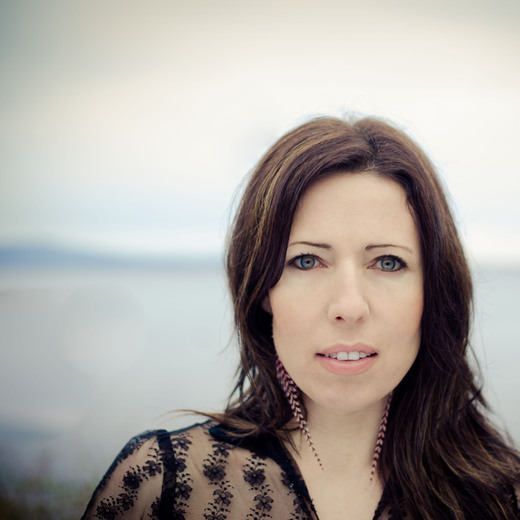 The first song Kim June Johnson (previously Kim McMechan) ever wrote was about a cat walking in the rain. (Her melancholic streak showed itself at a young age.) Heavily influenced by the Minipops as well as her aunt's Abba records, she started her career as most girls do, with a hairbrush and some shiny lip gloss in front of the bathroom mirror. At the age of 10, she started a pop group with 3 of the neighbourhood kids. Their first cover song was "We're The Kids Of America" even though they were all Canadian. Kim grew up playing and writing songs on the piano, but took up the guitar much later when she had finally grown tired of lugging her keyboard off to shows. (It was an enormous weighted-key Clavinova and hurt her back.)

In the very late 90s, Kim wrote and recorded twelve songs on four different compilation albums through Vineyard Music Group, which have collectively sold nearly 90,000 copies to date and still receive radio play on several radio stations across North America and in Australia. In 2006, she quietly released her solo EP, Little Grey House (right before the birth of her daughter, which turned out to be not the best of marketing plans.) She has spent the past five years doing small tours consisting of folk clubs and house concerts and collecting a stack of new songs.

Her well-crafted tunes and moving performances have won her multiple awards, including first place at the Shuswap International Writer's Conference and honourable mentions in the Great Lakes Songwriting Competition, The International Songwriting Competition and the John Lennon Songwriting Competition. In November 2011, she released, Paper Sun, a collection of eleven sparse and poetic songs produced by Colin Linden (Bruce Cockburn, Blackie & the Rodeo Kings) and recorded at Vancouver's famed (and haunted?) Hipposonic Studios (aka:  Mushroom) using vintage guitars, cello and an old warm-toned grand piano.

As well as performing solo, Kim performs frequently as part of her bluegrass band 'The Floorbyirds' (with Andrew Smith, Graham Ord and Norm Strauss) and her all-girl roots group, 'For the Birds' (Aspen Switzer, Genevieve Rainey and Elaine Ryan). Also a poet and professional photographer, Kim currently makes her home in the Okanagan Valley of British Columbia, Canada. She blogs at:  kimmcmechan.com