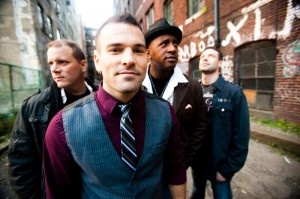 Fighting Friday came together in early 2009 as a side project to write and record original music. After just a few shows, the 4 piece Boston based rock band discovered an immediate chemistry that led to devoting of their energy into the band.

Fighting Friday performs at colleges and clubs all over the Northeast and Mid-Atlantic regions including BU, UConn, The Bell in Hand, The Black Brimmer, and countless others. They are known for their fun and insanely high energy shows, infectiously catchy song-writing, and outrageously entertaining covers.

Collectively, members of Fighting Friday have performed hundreds of shows all over the country and have opened for major acts such as Gavin DeGraw, Reel Big Fish, O.A.R., Howie Day, Eve 6 and many more. Currently Fighting Friday is in the process of recording their debut album, which is set for release sometime in the Fall of 2010 and will be available for purchase online and on iTunes.