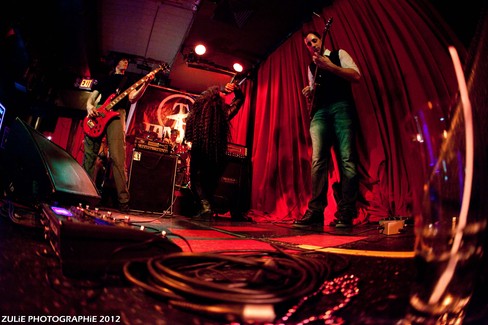 TANADRA is an Alternative/PowerPop/Funk Rock band from Boston, MA, but that's only the politically correct way to put it. Their actually a hard core fight club gang. Our music sounds like nothing you have ever heard. We like stepping outside the box. As well as Progressive/Alternative/Funk influenced guitar solos bass, and drums, Alternative Rock rhythm guitar and bass, topped off by a lovely female vocalist, who's influences are rooted in the progressive, alternative, funk and soul way of life. Tanadra's live shows feel like a body and soul shaking revival mixed with a gritty, uptwon edge. Inspirationally, Led Zeppelin, Tina Turner, Bruce Springsteen, Incubus, Pink Floyd, Pearl Jam, The Rolling Stones, can all be felt within the spirits of the band like honey to a bear. When the buzz, tells you they're near, get to them...and be prepared to be moved.