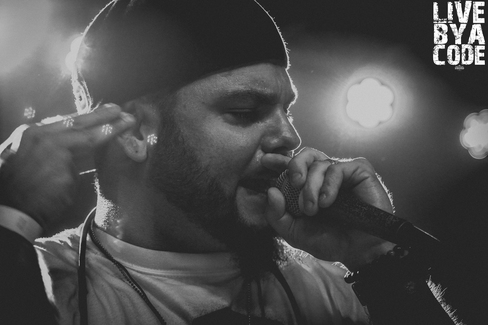 Asheboro, NC native, Ty Bru has been professionally active in the independent music scene for over a decade and a half, performing all over the world with tours in Europe and then being a mainstay in Shanghai, China for 5 years before recently finding a home back in North Carolina as a living legend.

A 2005 graduate of Appalachian State University, Bru reached new heights by attaining a total of 5 degrees including International Business, Communication, Marketing, Journalism and Management and always used that education to guide him through maneuvering in the art and entertainment world.

Ty Bru stays atop of the Our Stage and Reverbnation Charts both while he lived in China and also back at home in NC and  is a member of the Iconoclast Crew, which includes the triad area powerhouses, Ed E. Ruger, DJ Phillie Phresh, Double J The Jenius & Stitchy C.

His third solo album, "Triple Bypass: In The Ambulance" which included the Island/Def Jam distributed single "Stereo Sound," is his most recent solo release, and is currently working on two albums “Rustract Boombap” and “DooWop DiddyBop” continuing his consistency in proving he is exactly "The Way Hip Hop Should Be.