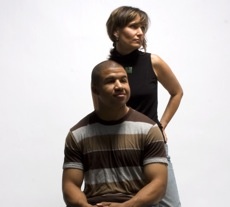 Prayer/Life – Contemporary folk/new age sound - Scripture Meditation Songs This music is different, written in response to the Spirit’s leading only – unforgettable and beautiful. This message is different – a psychologist’s rich interpretations of scripture and observations of life, people, self. This band is different -- different generations, different cultures, different cities, different professions (a psychologist and an engineer?!), different traditions (social justice activism and charismatic gifting). Nevertheless God brought us together and gave us some vastly beautiful music and profound lyrics. This project is different – based on prayer, waiting, and radical trust vs. striving and strategy. We are seeking the big plan and the purpose for each song in someone’s life. The result is: deep lyrics, gorgeous chords, unique vocals, intricate keys, enchanting flute, and luscious cello lines—we bring you music that stays with you and changes you. John was a piano prodigy in high school. He still is. But he turned away from using those pro skills for any other purpose than serving God. He has a hip-hop band, too, called Kingdom Business, that he pursues for the same purpose. Andrea studied classical flute for years but secretly wanted to sing. But some little things came first, like getting a husband, a Ph.D., and a family. Now is apparently the time to sing. John and Andrea met up in the unlikely venue of Craigslist and became a powerful writing duo. We are also the most unlikely duo, having next to "nothing in common" (except the most important thing)..... Andrea's voice has been called "amazing" and "special". John has crazy piano skills, a musician's musician. Andrea's lyrics are deep and poetic and enticingly lead people back to the scriptures. Compared to Sara Groves or Chris Rice, our songwriting has jumped out and caught the attention of experienced industry people. Patrick Siegel of New Artist Avenue heard us on Myspace and asked to produce our unique songs using a top CCM production team, namely multi-Grammy and platinum album Billy Whittington and Blair Masters. Debra Byrd, vocal coach on American Idol, has enthusiastically supported the project and promises she will sing her favorite song on the debut album, “Your Mark” Blair Masters, prolific arranger/composer/programmer, said: "Prayer/Life's music is unique in that it encourages space for prayer and meditation. Between John's inspired piano playing, and Andrea's creative melodies, I found the experience of working with them to be delightful." Awards and honors are coming in: "I Cover My Face" and "Trouble (Notes from Jail)" both won Billboard World Song Contest 2010 Honorable Mention. "I Cover My Face" won RunnerUp in SongoftheYear.com songwriting competition in December 2009. We placed in the Top Ten Indie Songs on Live365.com Women of Substance Radio in February, March, and April. Andrea's vocals on "I Cover My Face" also won a Top Five honor in the Best Vocalist of the Month at SingerUniverse.com for February. Prayer/Life has been featured or interviewed in GospelSynergy Magazine, Le Leader, IAE, and Vents Magazine. 7,800 fans at Jango.com radio and Facebook are enthusiastic supports and many have left wonderful comments, like "Absolutely beautiful" and "These guys are anointed"..... We can't wait for you to use this music in your own journey towards deeper connection to yourself and to God.