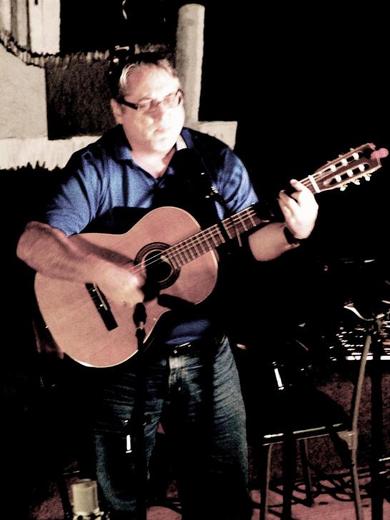 Michael Gutierrez-May is a songwriter and occasional performer based in the Boston South Shore area. In the last five years, he has written a 25-song musical play, Tenderness and Joy and completed two albums, a 5-song EP Fifty Miles Away and a live album of humorous songs, Carrots, Geese and The Dead Leprechaun, both of which are on CD Baby, Bandcamp and ITunes. Michael has also released two singles titled I Will Miss You When You Go and Taliesen also available on the above.  He has been an active participant in the FAWM.org songwriting website and the 5090 songwriting challenge for the past three years. He is now a member of the South Shore Songwriters Association and Rhode Island Songwriters Association. From 1986-88, Michael was the manager of the Peacock Coffeehouse in Jamaica Plain, Mass and he also worked briefly as a concert promoter in Portsmouth, NH during the spring of 1989 with Cuzin Richard Entertainment Associates.