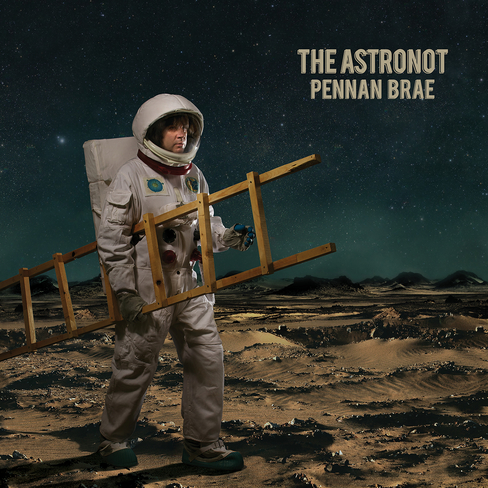 Pennan's 4th release, The Astronot, features 11 songs that serve as a soundtrack for the accompanying feature film The Astronot, which Pennan wrote, co-produced, and acted in. The album was recorded at Blue Light Studio in Vancouver with Producer Kaj Falch-Nielsen, with additional sessions taking place in Los Angeles with renowned drummer Steve Ferrone (Tom Petty & the Heartbreakers, Duran Duran, Eric Clapton) and INXS bassist Garry Gary Beers. “Hearing Steve Ferrone lay down the drums and Garry Gary Beers adding bass on 'Walk with Me' and 'Crashland' is the highlight of my career,” says Pennan. Composer & producer Eric Alexandrakis (Like A Puppet Show) served as a mentor and one of the producers on The Astronot, and it was he who brought in Steve and Garry.

Producer Kirk Kelsey (Creed) joined the crew, working with Brae to make magic on the mixes, which include several instruments Brae has never used before – violin, cello, mandolin, pedal steel guitar, and banjo. “Kirk has such a wonderful touch and sensitivity on the tracks. His mixes gave the album a cinematic feel,” says Pennan. The Astronot was mastered by Grammy Award winning engineer Sean Magee (The Beatles Remasters, Pink Floyd, U2) at Abbey Road Studios.

Mostly The Astronot was the opportunity for the progress and change that Pennan Brae had been looking for. “My goal was to write an album instead of a group of separate singles. I wanted this record to flow from song 1 to song 11, and I think we did that. I hope that listeners enjoy hearing it unfold.”